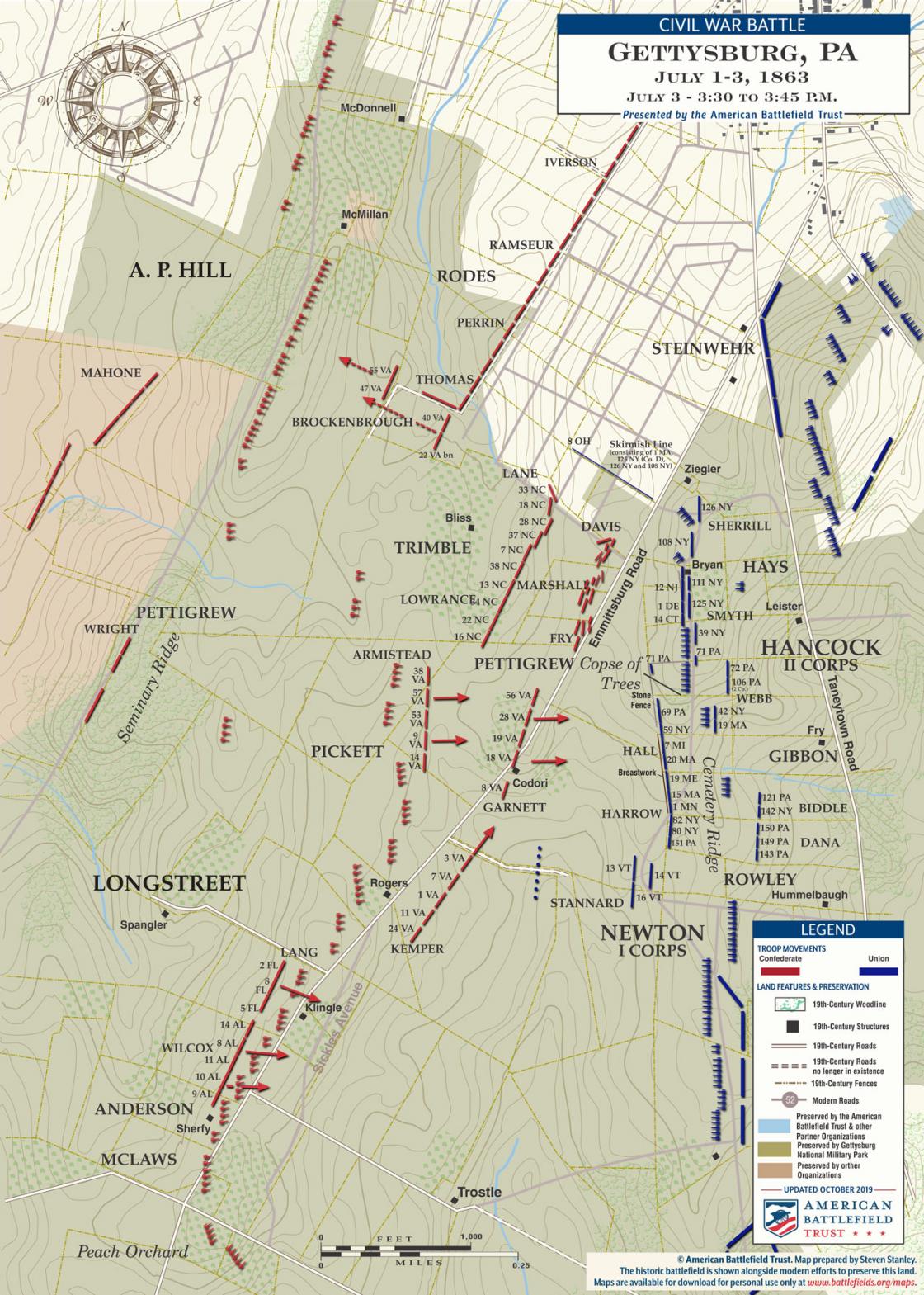 American Battlefield Trust’s map of Pickett’s Charge at the Battle of Gettysburg on July 3, 1863

Around 3:00 p.m. the pre-assault artillery bombardment ceased and General James Longstreet ordered the divisions forward. Johnston Pettigrew aligned on Pickett’s left, supported by Isaac Trimble's division. About 12,500 total men moved out across open, rolling fields broken by fence lines, and the Emmittsburg Road. Pettigrew and Trimble advanced straight ahead, while Pickett’s brigades shifted their formations to the left as they advanced.

Without little cover, the Confederates suffered severe casualties from Federal artillery fire. The Confederates were slowed by the post-and-rail fences along the Emmitsburg Road. Ohio and New York regiments moved forward and flanked Pettigrew’s lead brigades on their left, forcing the Virginia brigade of Col. John M. Brockenbrough to fall back.