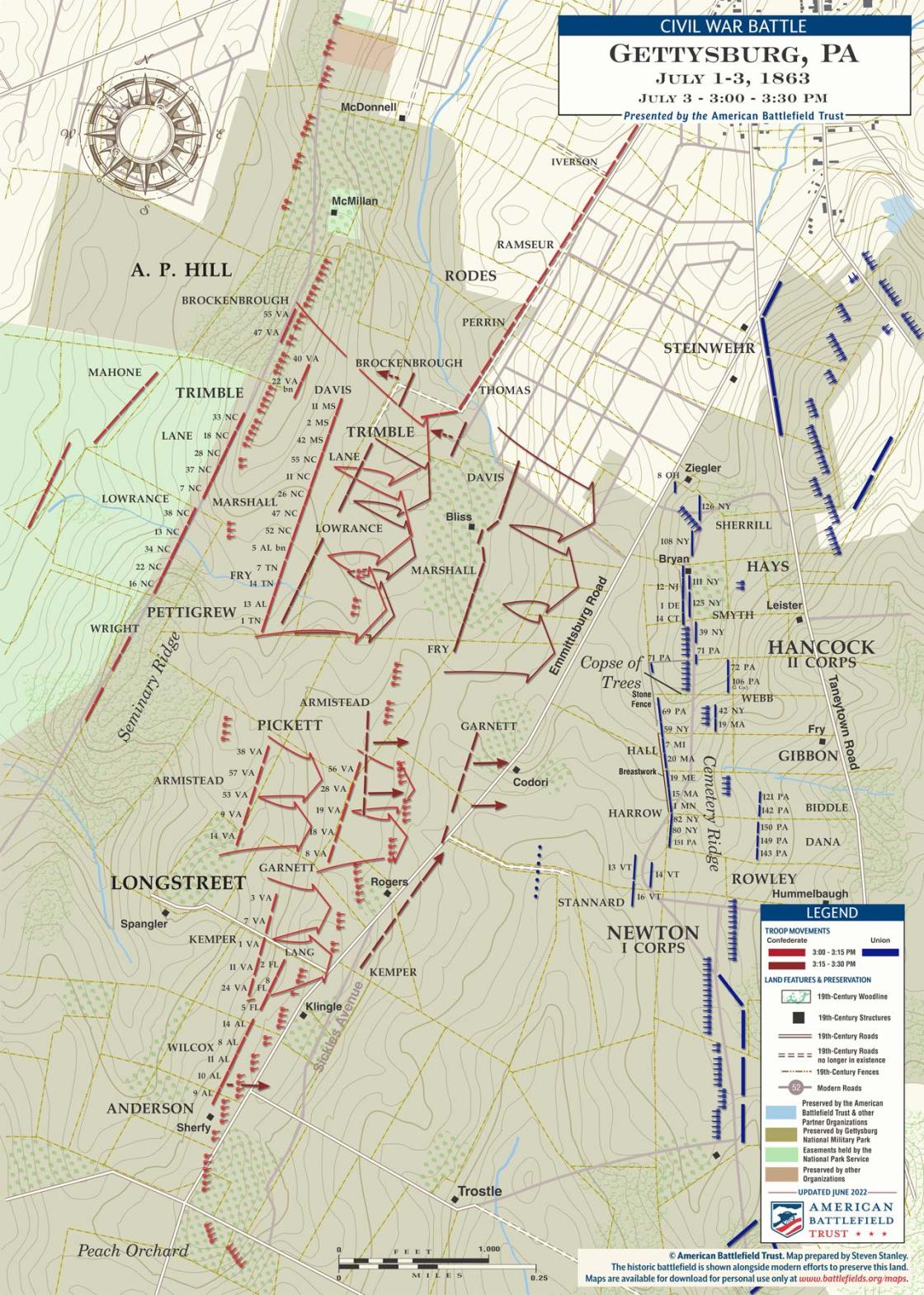 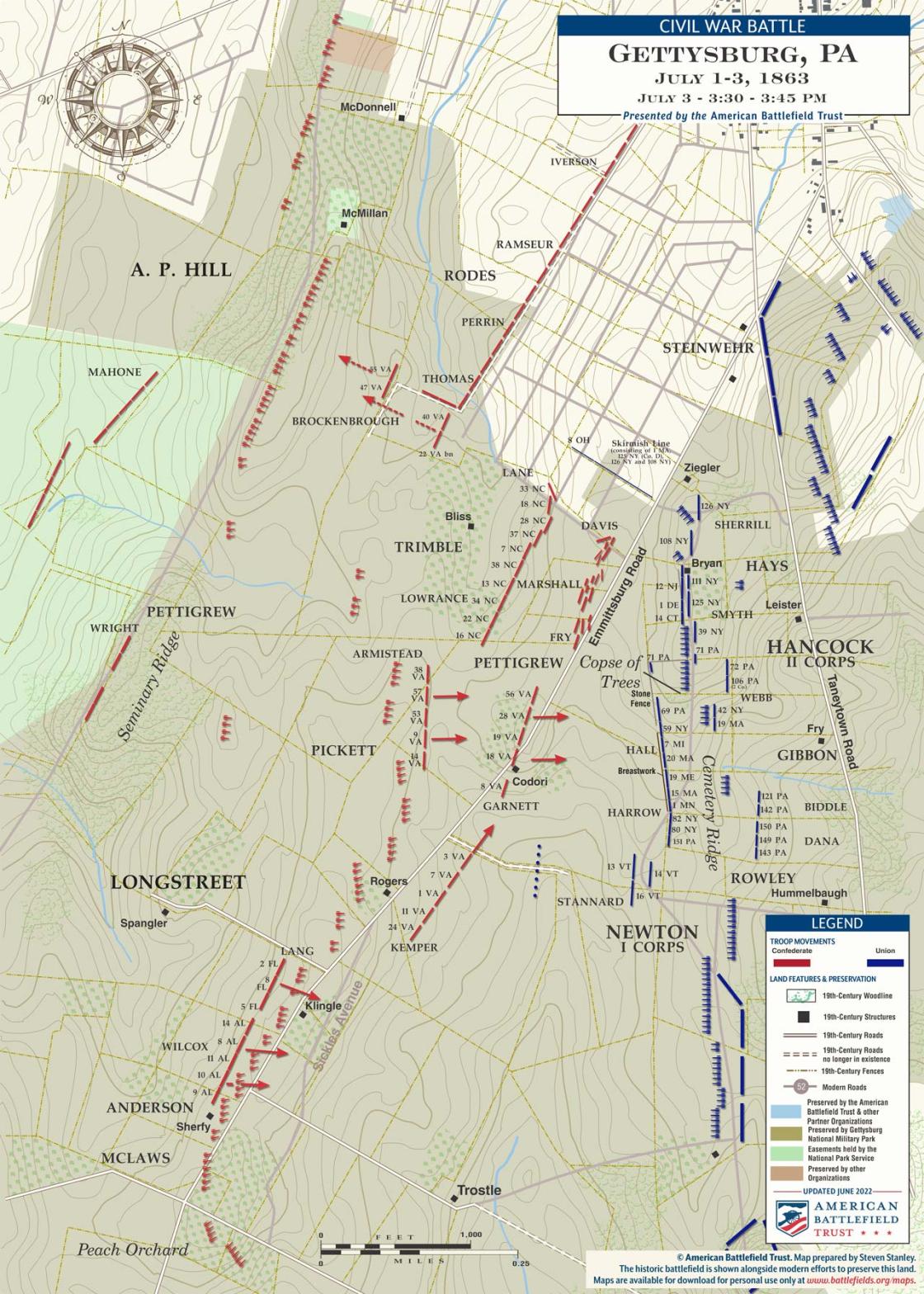 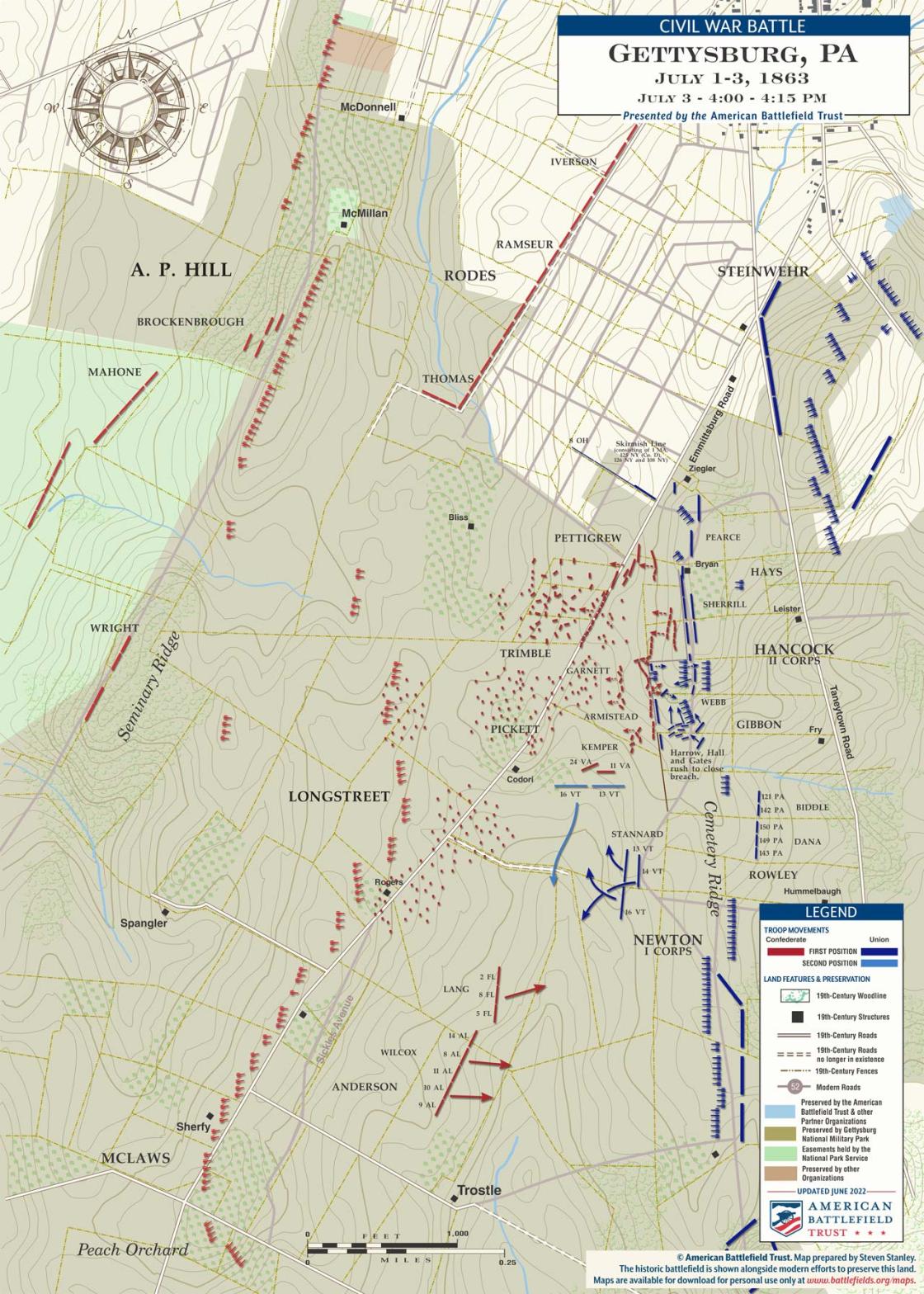 George Pickett’s fresh division consisted of about 5,500 Virginians in three brigades, commanded by Generals Lewis Armistead, James Kemper and Richard Garnett. For the assault, Pickett was augmented by six more brigades commanded by Generals James Johnston Pettigrew and Isaac Trimble, both elevated to division command to replace other officers wounded earlier in the battle. Many of the units under Pettigrew and Trimble had been ravaged by casualties one or two days prior. Two more brigades from Richard Anderson’s division, those of David Lang and Cadmus Wilcox, both bloodied during the July 2 fight, were added to support Pickett.

3:00-3:30 pm: Around 3:00 p.m. the pre-assault artillery bombardment ceased and Longstreet ordered the divisions forward. Pettigrew aligned on Pickett’s left, supported by Trimble. About 12,500 total men moved out across open, rolling fields broken by fence lines, and the Emmitsburg Road. Pettigrew and Trimble advanced straight ahead, while Pickett’s brigades shifted their formations to the left as they advanced.

3:30-3:45 pm: Without little cover, the Confederates suffered severe casualties from Federal artillery fire. The Confederates were slowed by the post-and-rail fences along the Emmitsburg Road. Ohio and New York regiments moved forward and flanked Pettigrew’s lead brigades on their left, forcing the Virginia brigade of Col. John M. Brockenbrough to fall back.

3:45-4:15 pm: As the Confederates approached the Emmitsburg Road, they came under deadly musket fire from infantry and canister fire from artillery batteries. The stout post-and-rail fences on both sides of the road slowed the men down as they were forced to break ranks to climb over the obstacles. As the southerners reformed, Vermont regiments under General George Stannard moved forward and flanked the attackers from the south, while the 8th Ohio and other regiments did the same from the north.