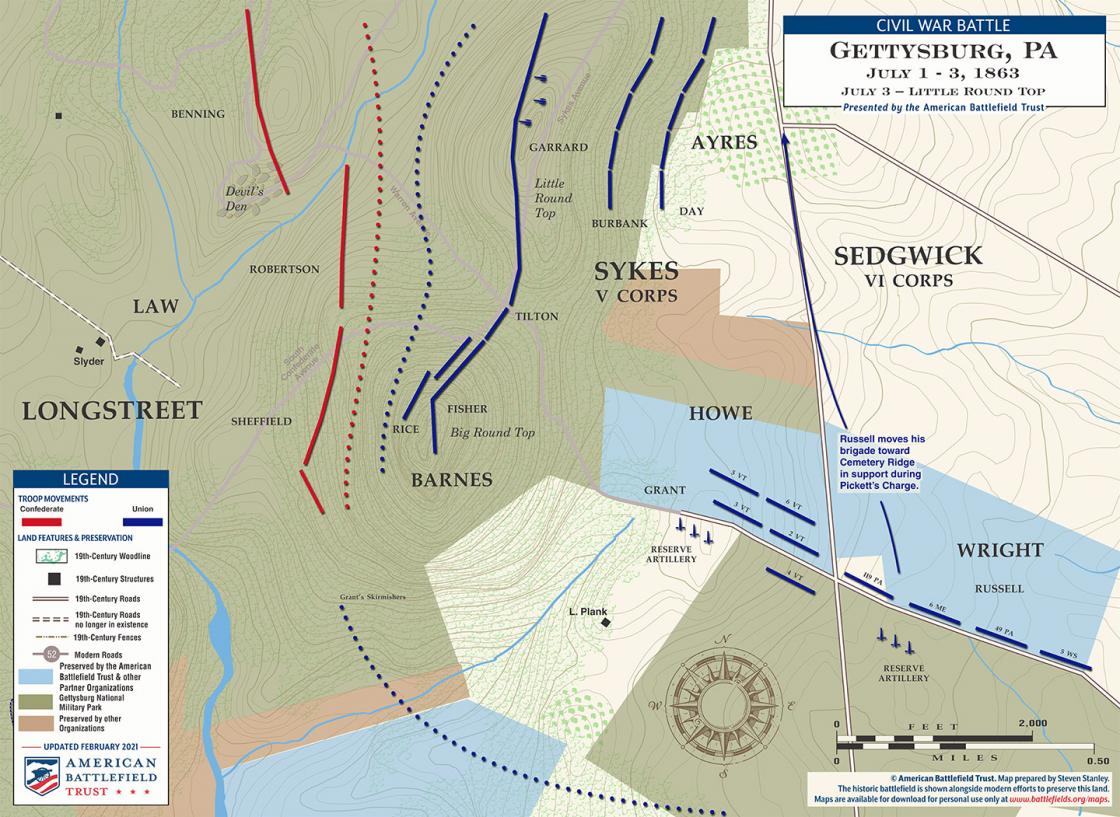 American Battlefield Trust’s map of Little Round Top at the Battle of Gettysburg on July 3, 1863

By the afternoon of July 3, 1863, Gen. Robert E. Lee's Army of Northern Virginia assaulted both Union flanks at Gettysburg. Each Federal flank had been reinforced with earthworks, men, and artillery. On the Union left flank, Federal infantry positioned itself atop the dominating heights of Big and Little Round Top, with the line stretching eastward from Big Round Top across the Taneytown Road. The Taneytown Road was a vital thoroughfare to the Union army at Gettysburg, as the Federals only controlled two roads to and from the town.

Thus, by the evening of July 3, elements of two Union VI Corps divisions secured the Taneytown Road, while skirmishers from Gen. Lewis A. Grant's Vermont brigade stretched across the southern base of Big Round Top. A Union cavalry assault near the base of Big Round Top failed to dislodge the Confederates, and an uneasy lull fell over the battlefield.