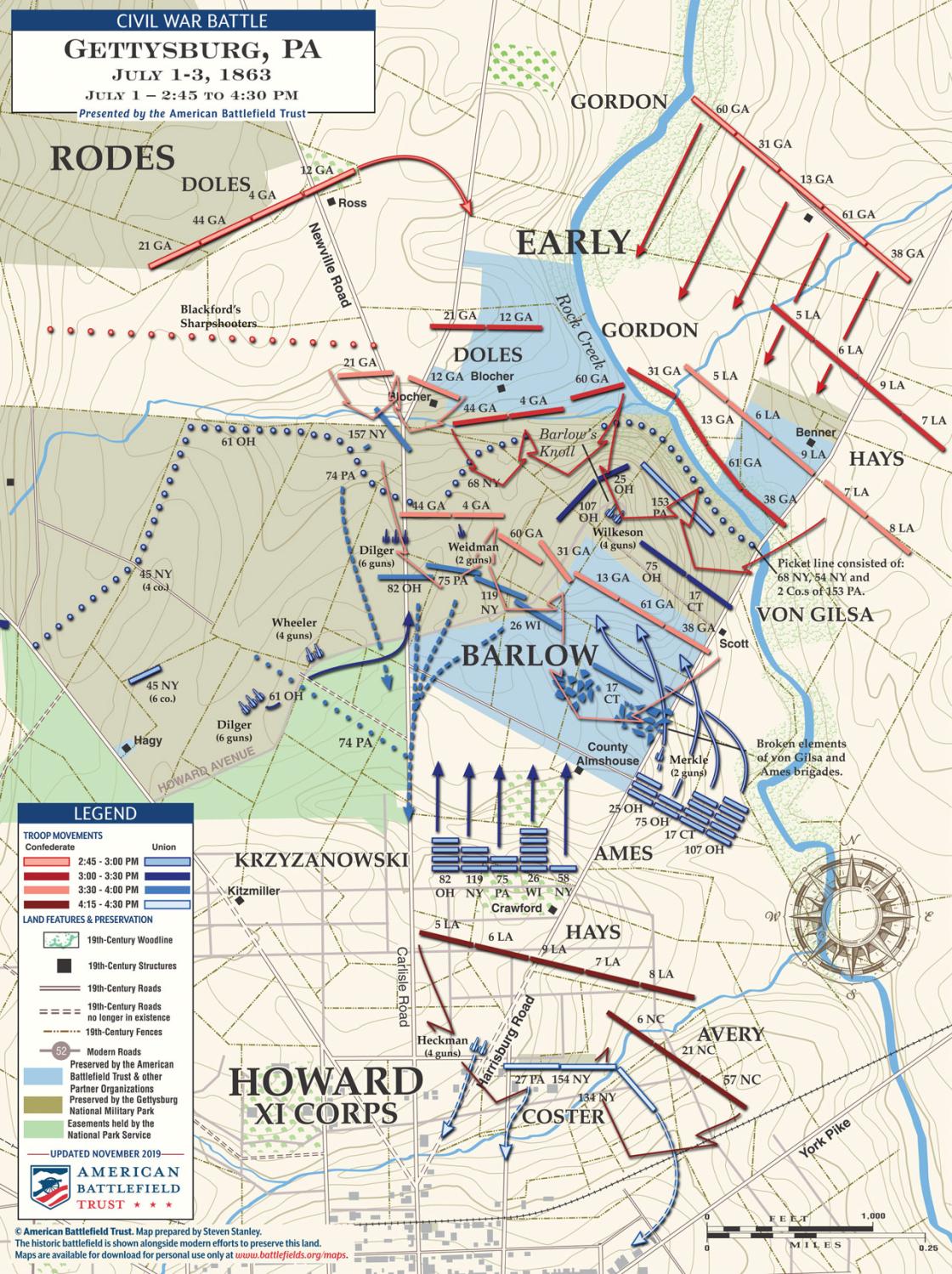 As the battle raged on McPherson's Ridge, the Confederate Second Corps under General Richard Ewell arrived from the north and threatened the Union right flank. In an effort to utilize high ground in his immediate front, Gen. Francis C. Barlow advanced his division of the XI Corps to a knoll along the Harrisburg Road. Barlow’s men, however, were spread too thin, their line was too far in advance of support, and their right flank was in the air. Confederate brigades under John B. Gordon and George Doles converged on Barlow's exposed position and, after a brief fight, routed the Yankees and seized Blocher's Knoll (today known as Barlow's Knoll).

The Federals attempted to counter the Confederate onslaught by posting the brigade of Charles S. Coster in the streets of town but with little success. With Southern forces now in possession of the high ground most Union troops beat a hasty retreat through Gettysburg to the heights south of the town.