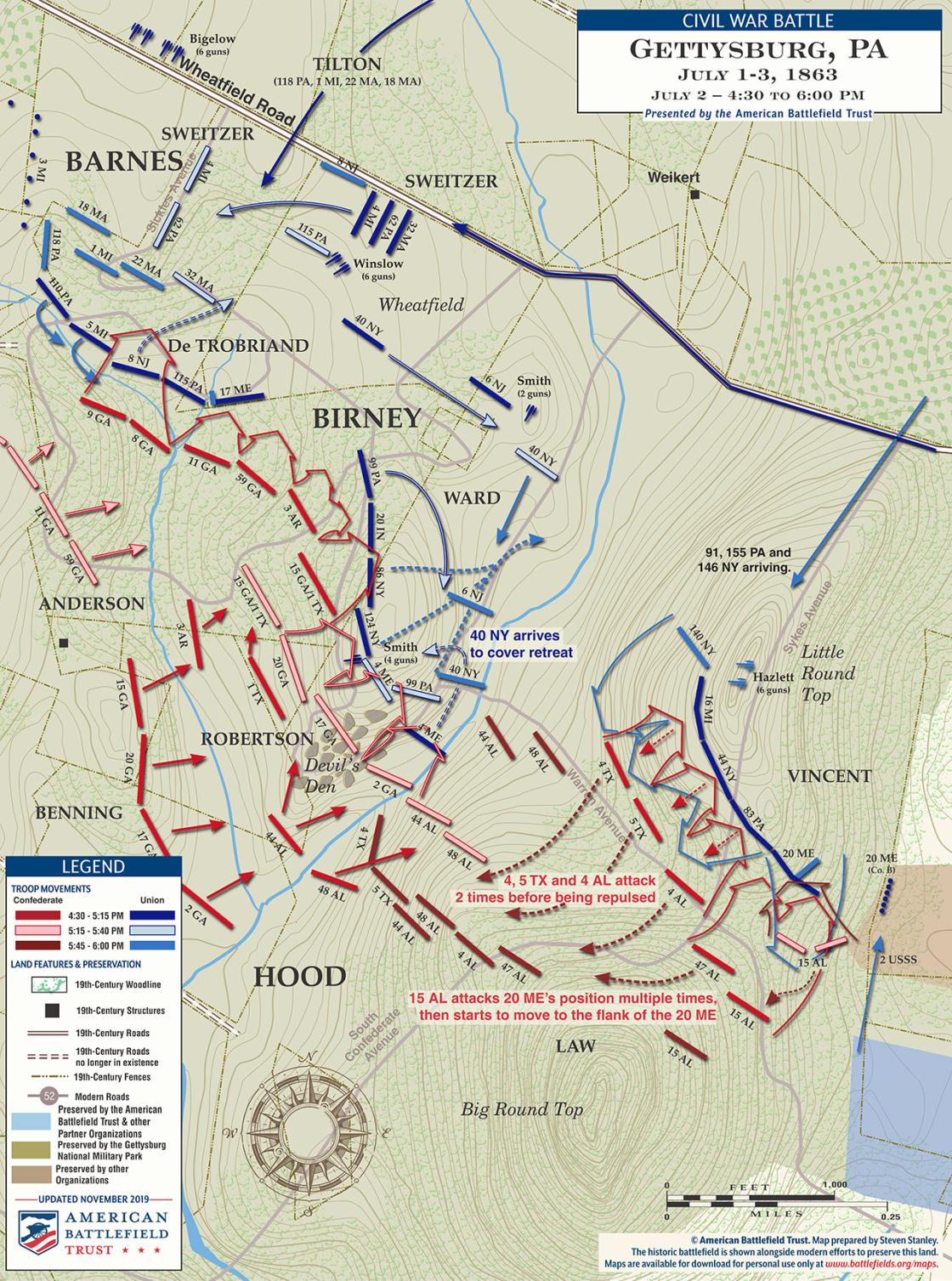 General John B. Hood was seriously wounded by artillery fire early in the attack of his division. General Evander Law was the senior brigade commander, but he would not be notified of Hood’s wounding until late into the attack. The rough terrain and lack of direction from the division level scattered Hood’s brigades; some turned north while others continued east. Fighting from behind trees and rock walls around the Slyder farm, the 2nd U. S. Sharpshooters Regiment from the III Corps slowed the advance of Law’s brigade. As they retired from Law’s oncoming men, the Sharpshooters drew them east toward the Round Tops. Law’s men, worn out from a long march, pushed east up Plum Run valley in pursuit of the Sharpshooters.

The brigades of Generals Jerome Robertson and Henry Benning moved toward Devil’s Den. George Anderson’s brigade moved through the woods into the Wheatfield. On his own initiative, Col. Strong Vincent diverted his V Corps brigade to Little Round Top. Joshua Chamberlain’s 20th Maine charged the 15th and 47th Alabama to maintain their hold on the hill. The 16th Michigan faltered but was supported at the last moment by the 140th New York, who swept the Confederates on Vincent's right off of the hill and other regiments. Together they held off the repeated attacks of Law’s exhausted Confederates and their offensive in this sector came to a halt.