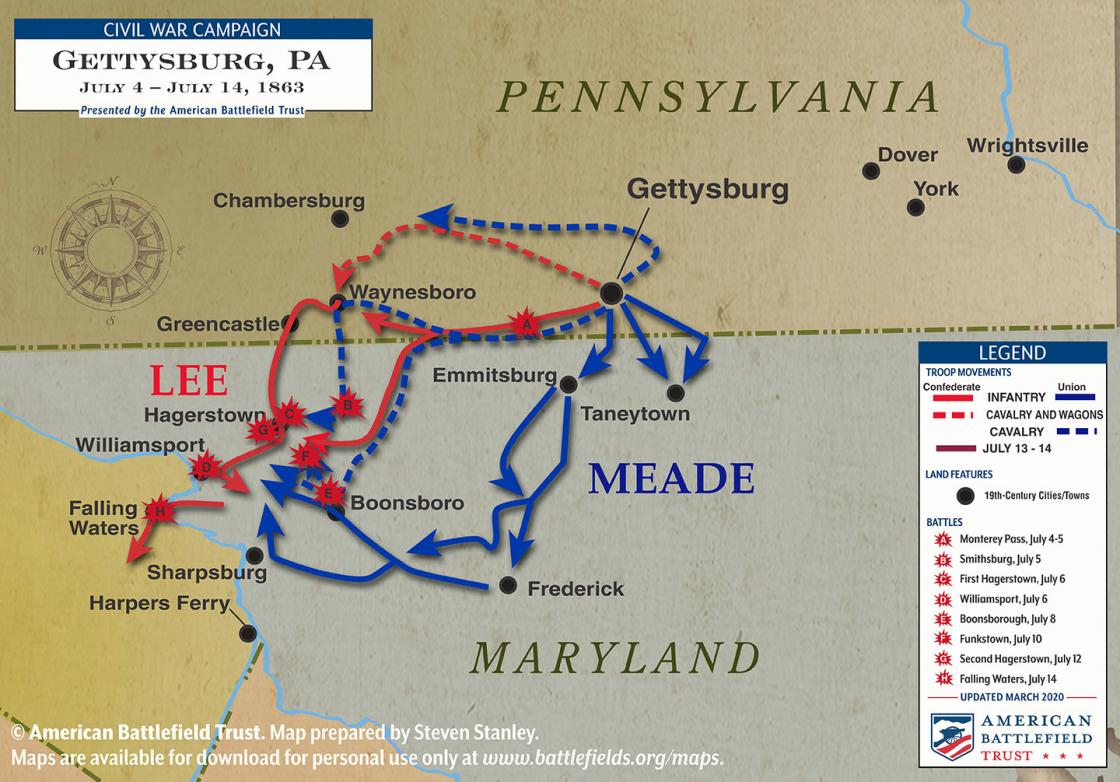 Following the Confederate defeat at Gettysburg, Confederate General Robert E. Lee began the march back to Virginia. Hampered by rain, muddy roads, and a wagon train wounded stretching for some 17 miles, the retreat was slow at best. Federal commander General George G. Meade slowly pursued the army he and his men had just bested. The loss of three corps commanders and 23,000 men, slowed Meade, much as the weather and losses slowed Lee.

Lee arrived on the banks of the swollen Potomac River. Unable to cross the Confederates established a strong defensive line. While small skirmishes and battles took place during the retreat at places like Monterey Pass, Funkstown, and Hagerstown, it would take a concerted Union assault to destroy Lee's army near Falling Waters. As the Federals moved into position to attack, the level of the river lowered, and Lee's army slipped away to safety bringing an end to the Gettysburg Campaign.