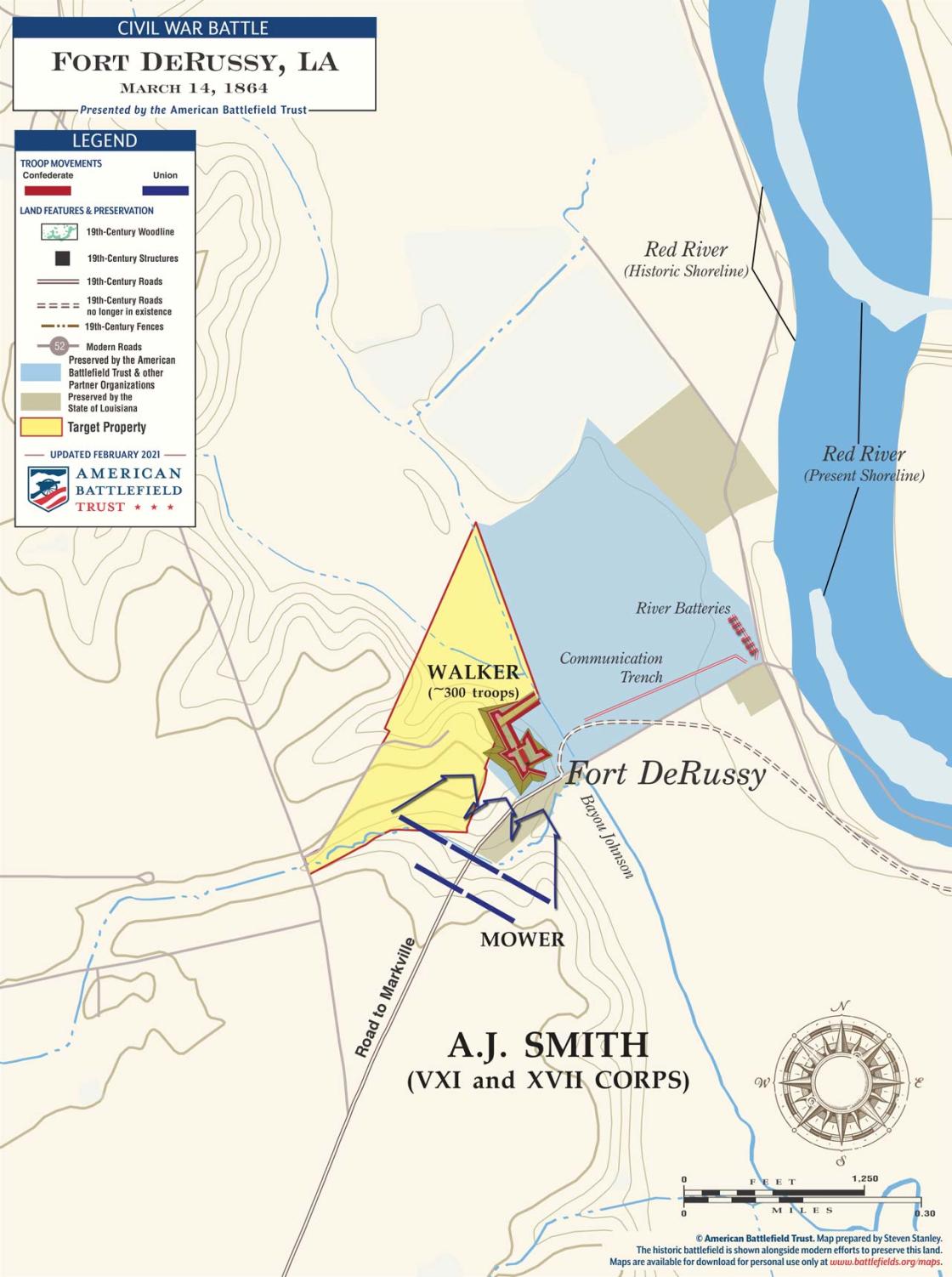 The Confederates had built Fort DeRussy in 1862 to defend the lower Red River and the cities of Alexandria and Shreveport. It was partly plated with iron, and was believed to be impregnable to Union attack.  But on March 14, 1864, Union troops under the command of Gen. Joseph A. Mower began their assault. Union Gen. Mower’s infantry dispersed an enemy brigade, after which Confederate Gen. E. Kirby Smith set his men in motion up the road to Fort DeRussy. Around 6:30 p.m., Smith ordered a charge on the fort and about 20 minutes later, Mower’s men scaled the parapet, forcing the garrison to surrender. In the end, none of the Union forces deployed ever reached Shreveport. But there were 317 men killed, wounded, or captured that day.