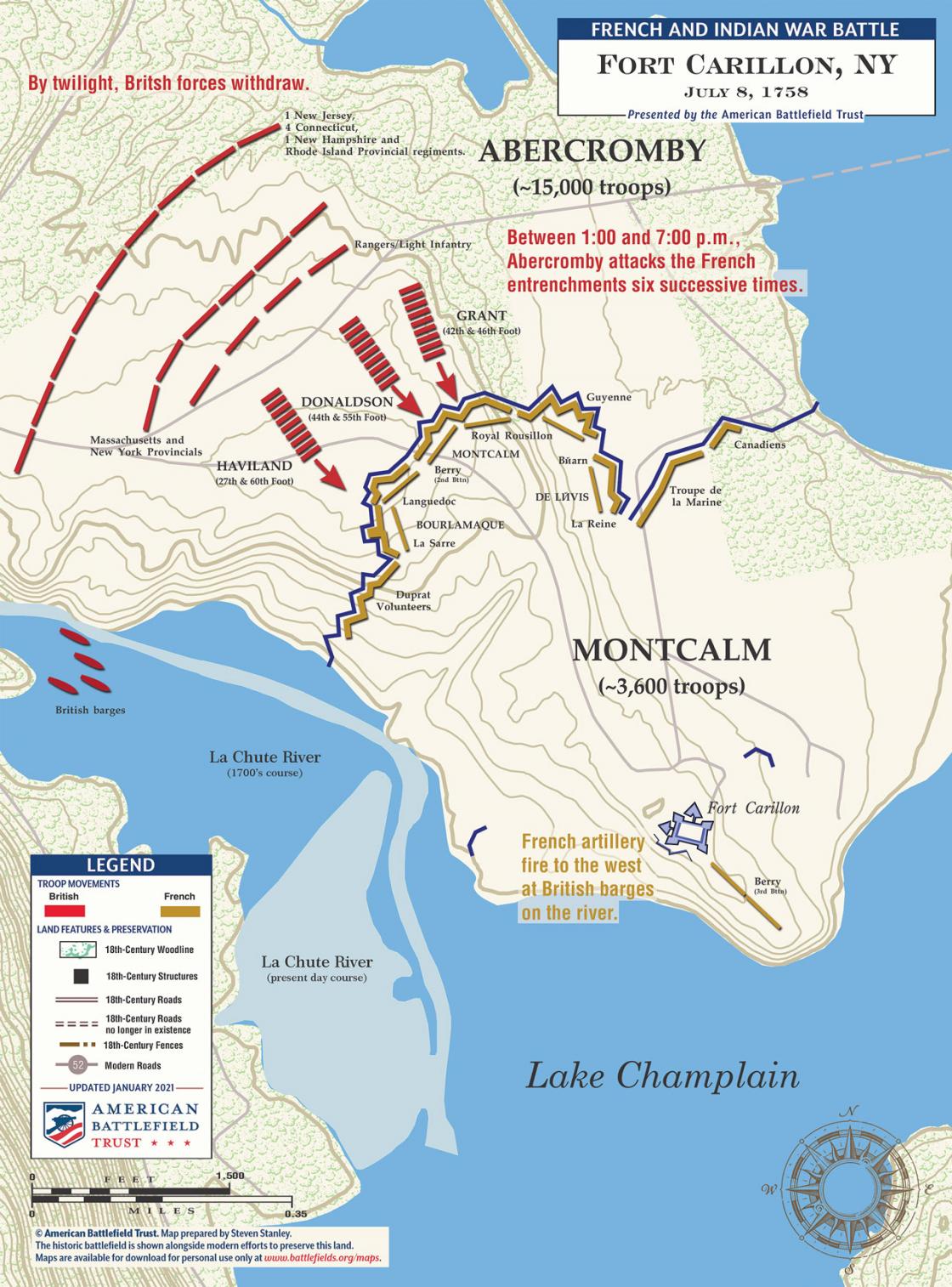 On the afternoon of July 8, 1758, the British under the leadership of General James Abercrombie began their attack on Fort Carillon. Abercrombie had planned for a single, coordinated assault on the entire French line, but coordination broke down quickly and various regiments made their attacks against different parts of the line at different times. The sharpened branches of the abatis broke up the British formations and disrupted their cohesion, while the French poured on a deadly fire from behind their breastworks. Abercrombie continued to order attacks throughout the day, but this only increased the number of casualties. An assault by the 42nd Regiment, the Black Watch, did succeed in getting past the abatis and reaching the French positions, but it ultimately failed to dislodge the defenders.

Abercrombie reported just under two thousand casualties, with more than 500 dead. The French suffered just over three hundred killed and wounded combined. Defeat for the British was compounded by humiliation when Abercrombie ordered his force to withdraw back to their base at the southern end of Lake George. The order spread panic through the ranks, as soldiers began to fear that a French counterattack was imminent. Abercrombie’s vast army returned to where it had begun its campaign on the evening of July 9, having retreated from an enemy force a quarter of its size which was in no state to pursue them.

General Louis-Joseph de Montcalm ascribed his improbable victory to divine intervention, and ordered a massive red cross to be raised on the site of the battle. Yet the victory was not enough to turn the tide of the war. The other two British armies succeeded in their campaigns, capturing Fort Duquesne and Louisbourg. The next year, the French would destroy Fort Carillon and retreat into Canada.

Setting the Stage for Revolution
Defending the Continent: Fortifications of the French and Indian War
Siege of Fort Ticonderoga
George Washington’s Rise to Rebellion