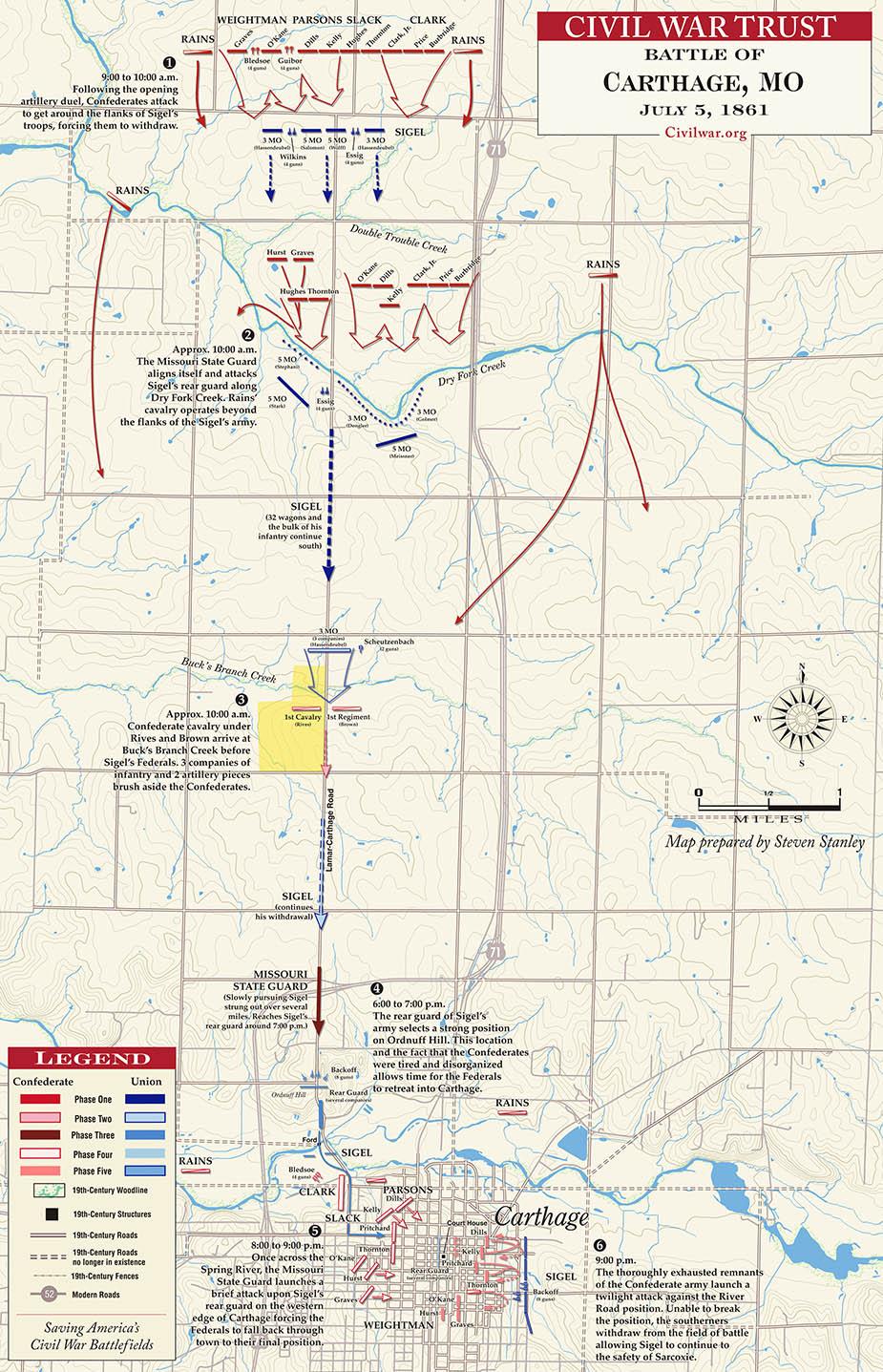 American Battlefield Trust’s map of the Battle of Carthage

Brig. Gen. Nathaniel Lyon had chased Governor Claiborne Jackson and approximately 4,000 Missouri State Militia from the capital, Jefferson City, to Boonville, and continued to pursue them. Col. Franz Sigel led another force of about 1,000 Union troops into southwest Missouri in search of the governor and the militia. On July 4th, after learning that Sigel had encamped at Carthage, Jackson formulated a plan to attack the much smaller Union force. On the morning of July 5th, Jackson advanced towards Sigel, established a battle line on a ridge ten miles north of Carthage, and inticed Sigel to attack him. Opening with artillery fire, Sigel closed to the attack. Seeing a large Confederate force—actually unarmed recruits—moving into the woods on his left, he feared that they would turn his flank. He withdrew. The Confederates pursued, but Sigel conducted a successful rearguard action. By evening, Sigel was inside Carthage and under cover of darkness; he retreated to Sarcoxie. The battle had little meaning, but the pro-Southern elements in Missouri, anxious for any good news, championed their first victory.

Learn More: The Battle of Carthage