Raised in a family strongly connected with the British Army, the young George Prévost was born in New Jersey, the son of a Swiss immigrant from Geneva. George’s father Augustin and his uncle Marcus had served in the Sardinian and Dutch armies before joining the Royal American Regiment, later 60th Regiment of Foot, in time for the Seven Years War, where Augustin was wounded. Deciding to settle in the New World, Augustin married into a wealthy Anglo-Dutch family, and later took up arms again for Britain during the American War for Independence. Meanwhile, George’s childhood and been allowed all the advantages his wealthy Dutch grandfather’s banking money could buy, which included schooling in England and later his 1779 entrance into the 60th regiment as an ensign, as well as the ability to purchase future commissions afterward.

As a young officer in the French Revolutionary Wars, Prévost mostly served in the West Indies for control over the wealthy French sugar plantations, putting his francophone background to good use in communicating with the locals. He was particularly popular as military governor of St. Lucia, keeping at least the planter elite pacified until Britain gained formal control of the island in 1814. As a Major-General, Prévost was also one of the leading figures of the 1809 Invasion of Martinique, commanding over 6,000 marines and infantry in coordination with the Navy. For his good service, Prevost was given the title of baronet in 1805 and various administrative roles in the province of Nova Scotia in 1810, where he quickly went to work protecting the dominance of the Church of England and establishing several militia units, as well as antagonizing the United States by giving New England merchants the opportunity to violate President Jefferson’s trade embargo with Britain. By 1811, he was rewarded for his reported fairness and good moral sense with the title of Governor General of the Canadas.

At the start of the renewed war with America in 1812, Prévost became the man foremost responsible for the defense of Britain’s North American holdings. Recognizing the lack of available troops compared to the Americans, he implemented a defensive strategy, which caused him to butt heads with General Isaac Brock who wanted to go on the offensive. Brock was not the only commander to resent the Governor General. British naval hero James Lucas Yeo and fellow Napoleonic veteran Charles de Salaberry would also come to loggerheads with their commander not only for his exacting demeanor and cautious tactics, which often lead to failure as in Sacketts’ Harbor, but also his habit of taking credit for every victory his subordinates did win. The Duke of Wellington himself, who endorsed Prévost’s defensive strategy, supported his removal from Canada for his frequent conflicts “with the general officers I sent him, which are certainly the best of their rank in the army; and his subsequent failure and distresses will be aggravated by that circumstance; and will probably with the usual fairness of the public be attributed to it.” Things came to a head in 1815, near the end of the war, when Wellington’s quartermaster George Murray arrived in Canada to convey orders of Prévost’s recall to London, despite the ultimate failure of the American invasion. Prévost felt humiliated at the circumstances of his resignation, and when Commander Yeo accused him of fumbling an attack on Plattsburgh, New York, he called for a court martial to clear his name but died in 1816 before departing to Canada. Despite the contemporary controversy surrounding his record, later reassessments of his tenure argued that his administrative skills, defensive strategy and support for the militias before the war helped Canada resist the American offensive. George Prévost lies buried under St. Mary the Virgin’s Church in East Barnet, England, but a memorial in his honor also stands in Winchester Cathedral. 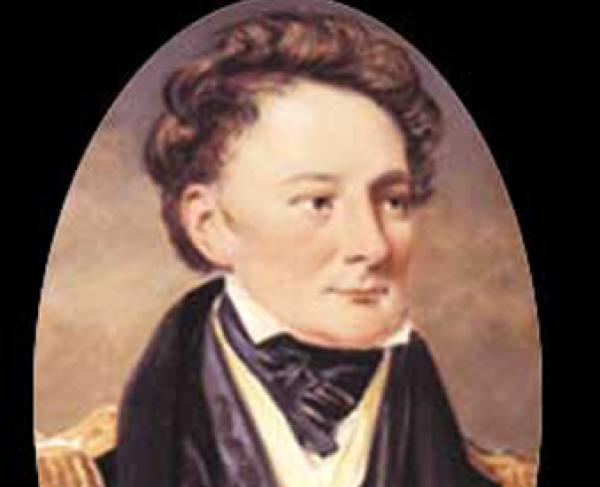