Statue of Lafayette, one-third of The Alliance bronze installation in Morristown, N.J.

This article is an excerpt Hero of Two Worlds: The Marquis de Lafayette in the Age of Revolution by Mike Duncan, copyright © 2021. Reprinted by permission of PublicAffairs, an imprint of Hachette Book Group, Inc.

The Marquis de Lafayette was only 22 in February 1780. In the French table of ranks, he was only a colonel. Expecting to lead an entire expedition was a dream inspired by foolish cupidity. But there were just enough arguments in his favor for Lafayette to hold out hope. Charles Gravier, comte de Vergennes, an early supporter of the American Revolution, said at least he thought it would be advantageous to have a man the Americans trusted inside the French command tent after so many mutual recriminations and misunderstandings at the Battle of Newport.

But the French minister of war was one of the few men on Earth unmoved by Lafayette’s charms. He let Lafayette make his case, then assigned the command to the comte de Rochambeau. Rochambeau was a cultured, smooth and diplomatic officer who was a general before Lafayette was born. Though a 40-year veteran of numerous continental campaigns — with plenty of scars to prove he was a real soldier and not a soft aristocrat — this would be Rochambeau’s first truly independent command. This was a mission he was more than ready for.

Meanwhile, the French government ordered Lafayette to resume his place as a major general in the Continental army. The French lodged as many complaints about the Americans as the Americans lodged about the French, and Vergennes liked the idea of placing a man he trusted at Washington’s side. For Lafayette, this was not an unpleasant consolation prize — though he insisted it be circulated he requested this return to the Continental army, lest the Americans wonder why he had been passed over.

Leaving Paris, Lafayette made one last trip to the palace at Versailles. A year ago, he had returned to the palace with his head bowed submissively; now he departed with his head held high. Donning the uniform of a Continental major general, he presented himself to the king and queen.

They bid him good luck and good fortune. Then Lafayette left to rejoin a revolution aimed at overthrowing kings and queens forever.

Lafayette dispatched a letter to Washington the minute he touched solid ground, saying, “Here I am, my dear General.” The news of his return electrified the Continental camp. The eternally stoic Washington could hardly contain his elation. Alexander Hamilton, General Nathanael Greene, artillery commander Henry Knox and the others couldn’t wait to see their friend again. The rank and file also had reason to cheer. Lafayette’s youthful courage and eager generosity long made him a favorite among the common soldiers. Lafayette rode into camp on May 10, 1780, to general rejoicing. As the camp gathered round, he and Washington embraced. Beloved by two families — one in France, the other in America — Lafayette found that whenever he crossed the Atlantic, he was always coming home. Washington’s pleasure at Lafayette’s return only increased when Lafayette revealed another French expeditionary force was on the way. Washington told Lafayette, if anything, he undersold the dire situation of the Continental army. While the winter at Valley Forge has become the proverbial dark night of the patriot soul, this most recent winter in Morristown was even worse.

Ceaseless blizzards pounded the countryside. Rivers and harbors iced over with sheets thicker than anyone could remember seeing. Private Joseph Plumb Martin, who maintained a daily journal during his years in the Continental army, said, “We are absolutely literally starved—I do solemnly declare that I did not put a single morsel of victuals into my mouth for four days and as many nights.” Everyone was miserable. That the horrendous winter in Morristown imprinted itself less on America’s cultural memory is fitting. American citizens at the time were letting the war fade into the background. State and local governments neglected to pay and supply their soldiers. The powerless national Congress lacked the authority to impose direct national taxes. The paper money they printed was worthless, the decrees they issued ignored. Five years after Lexington and Concord, the credit, goodwill and attention of the people were exhausted. The handful of stubborn true believers tasked with maintaining the flame of liberty froze to death in its dying light. Many resigned. Many deserted. Few took their place.

In these conditions, Lafayette’s revelation France was sending more money, supplies, guns and men was manna from heaven. But there was more. Well briefed by Lafayette on the political importance of George Washington, the French government ordered General Rochambeau to consider himself serving under Washington’s ultimate authority. Lafayette told them anything less would be an intolerable insult to American honor. But when the French government clarified the hierarchy of ranks, they made no mention of the authority of Congress. Washington was bound by law to consult Congress on the organization, movements, and strategies of the Continental army. Lafayette informed Washington he would be bound by no similar constraints with the incoming French Army. According to the French government, Rochambeau and his men would answer to Washington alone.

His authority over Rochambeau was a pleasant diplomatic formality — Rochambeau was not there to blindly take orders from Washington. Besides, news of the French expedition was exactly the jolt of electricity necessary to prod the lethargic American politicians to life. Lafayette threw himself into the task of lobbying Congress, state legislatures and local militias to give everything they had to give. The war had been going on too long. If they all threw their shoulders into one last great push . . . there was no reason the summer of 1780 could not be the last summer of the war.

Topic(s):
France and the American Revolution
Mike Duncan
Mike Duncan is one of the foremost history podcasters in the world and the author of "Hero of Two Worlds: The Marquis de Lafayette in the Age of Revolution."
Related Articles 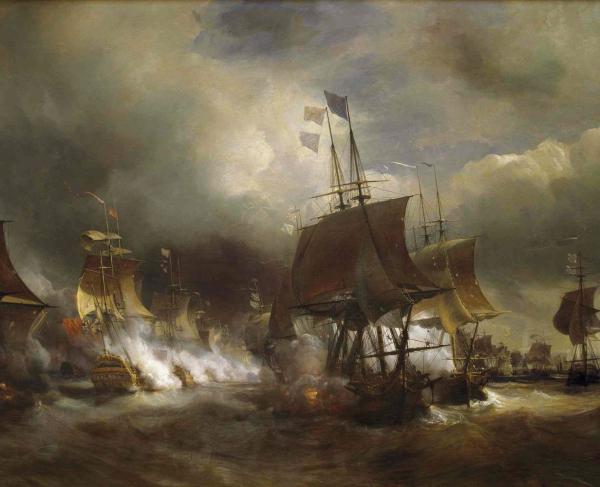