Protecting the Final Chapters in Virginia

Over the years, the preservation activities of the Civil War Trust have augmented — in some cases significantly — historic parks across the nation. Beyond the purchase of historic land for transfer into parks, the Trust pursues opportunities to protect properties adjacent to these sites for a variety of reasons, including viewshed maintenance and buffer establishment, as well as historic significance. Among those battlefields that have benefited most substantially from this type of activity is Sailor’s Creek Battlefield State Park in Virginia.

The Commonwealth of Virginia first established a state park at Sailor’s Creek in 1934, part of the nation’s third generation of battlefield preservation efforts, when state governments began to set aside these historic landscapes separate from any federal or veteran-driven efforts.

In its studies of the status of the nation’s battlefields, the American Battlefield Protection Program determined that the full extent of the Sailor’s Creek Battlefield (alternately known as Sayler’s Creek, after the modern spelling of the Appomattox River tributary that gave the engagement its name) amounted to more than 5,800 acres.  Today, fewer than 1,000 acres — not even 20 percent of the historic area — have been formally protected, and just 370 acres physically within the state park.

Since 1996, the Trust has protected 885 acres of battlefield land associated with the April 6, 1865, Battle of Sailor’s Creek. Much of this land is concentrated around the historic Hillsman and Lockett Farms — two of the three distinct engagement locations that made up the larger battle.

This long preservation partnership began when the Trust was involved with the Conservation Fund and the Commonwealth of Virginia in the protection of 97 acres.

Then, in 2004, the Trust helped facilitate a 622-acre project around the Lockett House that utilized grants from three federal matching grant programs — the American Battlefield Protection Program, the Farm and Ranchland Protection Program and the Transportation Enhancement Program. In 2009, with the assistance of federal matching monies and the Virginia Civil War Historic Sites Preservation Fund, the Trust purchased 35 acres that are now part of the park.

The most recent Trust activity at Sailor’s Creek occurred in 2013, with the protection of two adjacent properties totaling 130 acres. The larger, 118-acre parcel was placed under conservation easement, while 12 acres were purchased outright, then transferred to the park in autumn 2014. This addition allows for interpretation of the fighting at Marshall’s Cross Roads, an area where the park previously had minimal holdings. These lands were preserved through private sector donations, leveraged with matching grants from the federal American Battlefield Protection Program and the Virginia Civil War Site Preservation Fund. 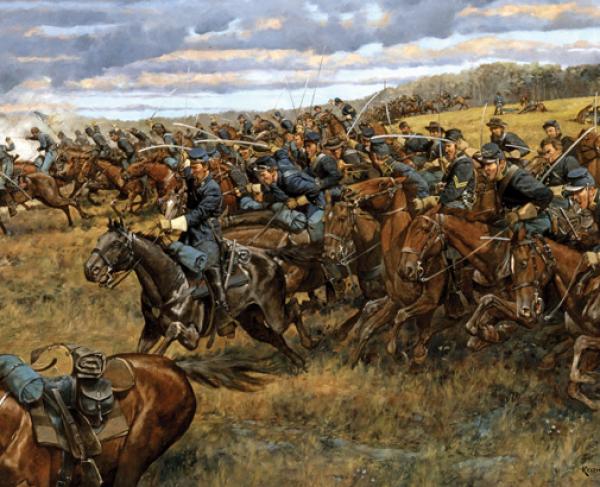 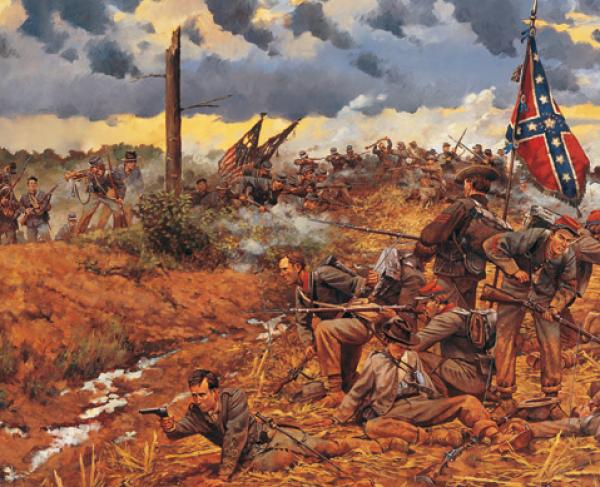