While much of the troubles of 1775 were focused in New England, and specifically Boston, there were disturbances spreading throughout all thirteen colonies.  In Virginia, disputes between Whigs and Tories were reaching a boiling point. These two political parties were the predominant forces in 18th Century British politics and were carried over into the colonies. Before the Revolutionary War became Patriots against Loyalists, American colonists were still British citizens of these political parties vying against one another. The Whigs were the liberal force against taxation, while the Tories supported the Parliament in which they held the majority.

The Royal Governor, John Murray, Earl of Dunmore, under threat of local militia turning out against him, ordered Royal Marines of the HMS Magdalen to confiscate the gunpowder held at the magazine in the capital city of Williamsburg. He also turned the key to the magazine over to the captain of the ship, Henry Collins, thereby removing any chance of the Williamsburg militia fighting against him. Word quickly spread and militia from several counties in Virginia formed for action. While some, such as the companies gathered in Fredericksburg, voted not to march on Williamsburg, others such as the Hanover County militia under Patrick Henry did march.

Governor Dunmore moved his family and took refuge aboard a Royal Navy ship in the York River before departing for Norfolk, Virginia, where he began raising Tory forces. Among the new recruits, flooding to the King’s colors were escaped slaves who were promised their freedom by Dunmore if they took up arms against their Whig masters. Dunmore formed them into the “Ethiopian Regiment” and sent them to raid Whig militia camps. Meanwhile, Dunmore’s position was reinforced by Tory militias as well as two companies of the 14th Regiment of Foot, adding a backbone of regulars to his mostly untested troops.

The main approach between Norfolk and Williamsburg crossed over the Elizabeth River at Great Bridge and was bordered on both sides by the almost impassable Great Dismal Swamp. Dunmore ordered detachments of the 14th Foot and Ethiopians to construct a stockade on the Norfolk side of the bridge, which was named Fort Murray. At the same time, the Whig leaders ordered a detachment of the 2nd Virginia Regiment with a detachment of the Culpeper Minutemen under the command of Colonel William Woodford to destroy the Tory force on the far side of the river and proceed to Norfolk.

The Whig force arrived at the far side of the bridge on December 7th, 1775, and for the next several days small skirmishes erupted among the bogs and swamps in the area. By the night of the 8th, Woodford’s force had grown to around 900 men. On the 9th, Dunmore decided to drive the militia back from the approach to Norfolk.

Two cannons on the Tory side of the river roared into action, attempting to break apart the Whig breastworks. Thinking that this was simply the Tories attempting to disrupt the sleep of the Whigs, few Whigs moved until one Militia captain called his men to arms, seeing an approaching column in red. These were the Light Infantry and Grenadiers of the 14th Foot.

As soon as they came in range, the British soldiers opened fire by platoons, alternating advancing while being covered by another platoon, eventually reaching the bridge which they could cross while formed six men abreast. At this point, the Whigs opened fire. Both company commanders within the 14th went down, and the bridge was scattered with the dead and dying. The captain of the Grenadiers, Charles Fordice, rose after being wounded in the knee and exclaimed: “the day is our own!” The British again charged across the bridge, with several men reaching the Whig earthworks before being shot dead. Among them was Fordice who fell with no less than fourteen wounds.

As the regulars withdrew, the Tory militia and Ethiopians moved onto the bridge in their place. The only offensive move by the Whigs of the battle now took place as riflemen of the Culpeper militia moved to advanced earthworks and began picking these men off as they were on the bridge. With casualties mounting the Regulars and Tories withdrew into Fort Murray. At 7:00 p.m., the Tories spiked their cannons and left the field. Within the next few days, the Whigs entered Norfolk, and Lord Dunmore left Virginia. The incipient revolution continued to spread. 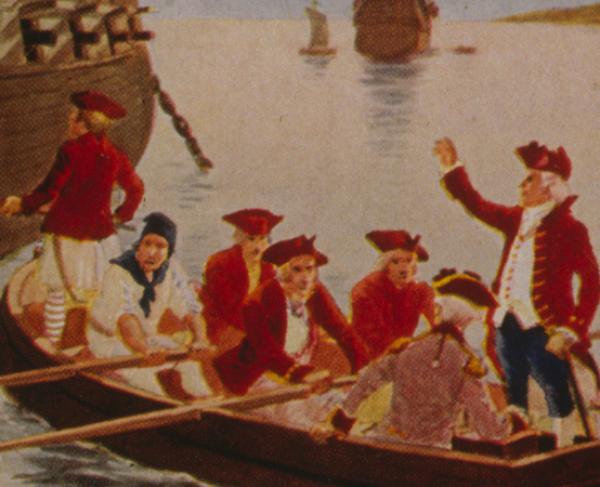 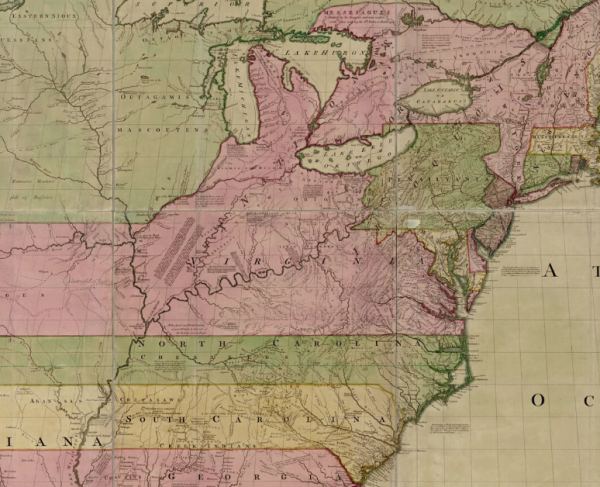 The Battle of Great Bridge
"I offer freedom to the blacks of all Rebels that join me": Lord Dunmore's Ethiopian Regiment, 1775-1776
Great Bridge - December 9, 1775
The Revolutionary War Animated Map