During the night of July 19-20, Gen. John Bell Hood met with his corps commanders to discuss his battle plan: Lt. William J. Hardee and Gen. Alexander P. Stewart were to assault Gen. George Thomas at 1 p.m. on the 20th, beginning on the right in echelon by division, with "everything on our side of the creek to be taken at all hazards." The Confederates were to drive the Yankees west toward the Chattahoochee, where Hood hoped to crush them before Generals John Schofield or James McPherson, faced by Major Generals Benjamin Cheatham and Joseph Wheeler, could offer aid.

The plan was sound, because the Federal dispositions on the night of the 19th invited attack. While much of Thomas' army crossed Peach Tree Creek, some troops were still on the north bank, and many of those south of the creek were not yet strongly fortified. Moreover, Schofield's army, marching toward Decateur, had left a two-mile gap separating it from Thomas. If the Confederates struck hard, with luck they might wreck half of Gen. William Sherman's army before the rest of it could respond.

Things went wrong for Hood, however, on the morning of July 20. Marching west from Decateur toward Atlanta, Maj. Gen. John A. Logan's Fifteenth Corps made such headway that Hood had to shift his whole line to the right. Hardee's and Stewart's corps, drawn up for battle by 1:00 p.m., spent another 90 minutes marching to new positions. By that time, the last of Thomas' army had crossed Peach Tree Creek and had begun digging in on high ground, a half-mile south of the stream.

Hardee, on the right, did not advance until 3:15 or 3:30. His lead division, Bate's, somehow got lost in the thickets between Thomas' and Schofield's troops. After hours of groping in the wilderness, Bate's men emerged from the woods only to be enfiladed by Yankee artillery on the north side of Peach Tree Creek; the division was never heavily engaged. Maj. Gen. William H.T. Walker's division, next in line, made first contact with Brig. Gen. John Newton's division on Thomas' left. Walker's men advanced in two lines of battle as the Federals opened on them with musketry and cannon fire. The Southerners made repeated charges until about 6:00 p.m. without breaching the enemy works. Hardee's third division, under General Maney, came into action, taking up Walker's assault. For a while Confederate attackers overlapped Newton's right flank, but the Federals refused their line to repel the Rebels. All along the line Hardee's attack had failed.

As Geary's division repelled Scott on its left, the charge of Maj. Gen. Edward C. Walthall's Confederate division created a crisis on the other flank. Advancing with three brigades, Walthall's right brigade, Edward O'Neal's Alabamans, charged up the ridge along which Collier Road runs and overran Geary's right. Three regiments of Ohio and Pennsylvania men broke and ran. But the Union line stabilized and O'Neal was pushed back. Walthall's left brigade, under Brig. Gen. Daniel Reynolds, also drove in skirmishers of Brig. Gen. Alpheus Williams' division and even took a portion of its main lines. Federal counterattacks and enfilading fire forced Walthall back, causing his attack to fall apart. As darkness approached, Stewart ordered his troops back into their trenches.

By 6 p.m. the Battle of Peach Tree Creek was over. Hood's attack had failed. His losses are placed at around 2,500 men. Thomas' casualties numbered about 1,750. 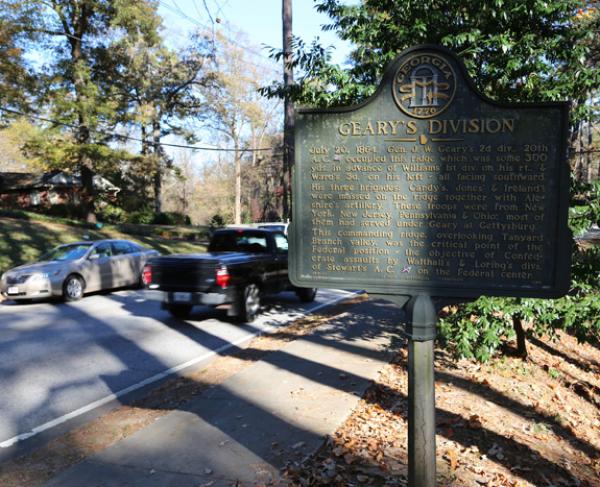 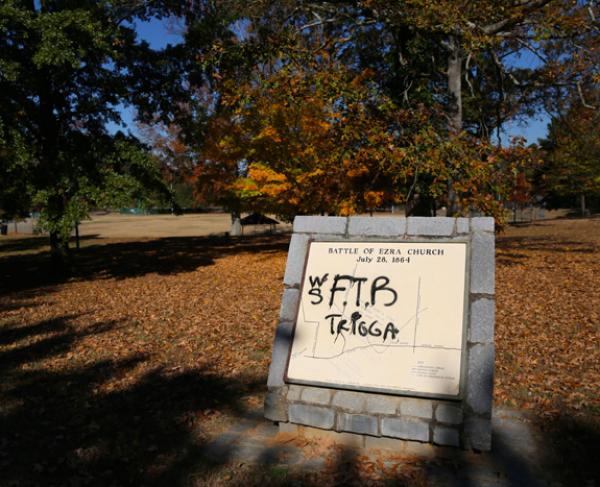