A view of Buffington Island from the Ohio River.

Four Civil War battlefield sites made up of 311 acres where four legendary Confederate and Union Generals fought are threatened with development. If saved, three of these sites will be “first-acre” purchases—the first Trust-saved land on these battlefields and preserved for you and for future generations. Together, they have a total transaction value of nearly $2.7 million — and we only need to raise $206,207! If the Trust is successful raising the funds, these parcels will be added to our more than 150 sites saved in 25 states.

With just a little more than one acre, this important tract on the Kentucky side of the Mississippi River is the first preservation acre saved where the Battle of Belmont was fought. Newly-promoted General Ulysses S. Grant and his Union forces disembarked steamboats three miles north of Belmont in November 1861, and marched south to engage Confederate soldiers at Camp Johnson where they inflicted heavy losses. Confederate reinforcements, bolstered by long-range cannons in nearby Columbus, counterattacked the Federals.

While both sides claimed victory, the Battle of Belmont unquestionably gave Grant the combat and large-unit command experience he would need later in the war.

William T. Sherman and the Battle of Chickasaw Bayou (1862)

The three acres at Chickasaw Bayou in Mississippi would also be a “first-acre” preservation victory for the Trust. The Battle of Chickasaw Bayou saw General William T. Sherman in the opening engagement of the Vicksburg Campaign.

On December 26, 1862, Sherman disembarked his soldiers at Johnson’s Plantation to oppose Confederate forces under the command of General John C. Pemberton, a Pennsylvanian who chose to fight for the South.

By the third day of fighting, with the Union army outnumbering Confederates two-to-one, Sherman launched repeated attempts to get around Confederate defenses and failed each time. Sherman would not relent and ordered one last assault on December 29 — a frontal attack on the enemy, resulting in heavy casualties. Sherman withdrew his troops, suffering more than eight times as many losses as the Confederates. The resounding Confederate victory effectively thwarted the Union’s first attempt to capture Vicksburg.

John Hunt Morgan and the Battle of Buffington Island (1863)

The 117-acre tract in Meigs County, Ohio, is threatened by residential development and nearby mining that would encroach on the battlefield and nearby state memorial park. It was here that General John Hunt Morgan began his most ambitious raid of the war at The Battle of Buffington Island—one of the most significant battles fought north of the Ohio River.

In July 1863, as the Confederacy was reeling from losses at Vicksburg and Gettysburg, General Morgan and his men made their way to Buffington Island where he hoped to cross back over the river and get out of Ohio unscathed. On the very ground we are trying to save, General Morgan encountered 3,000 Union artillery, infantry, and cavalry accompanied by U.S. Navy gunboats. The fighting ended with 700 Confederates surrendering and others captured, wounded, or killed. General Morgan escaped but surrendered eight days later.

The last tract on our list is 191 acres of pristine land that remains very much like it did in 1863 when General J.E.B. Stuart’s Confederate army fought Union General Pleasonton’s cavalry in the Battle of Upperville in Virginia.

The 191 acres provided the stage for the fighting that took place — stirrup to stirrup, saber to saber, and hand to hand — on the afternoon of June 21, 1863. We can’t let this opportunity to save this battlefield slip through our hands.

“Commercial interests in these hallowed grounds are unrelenting and increasingly cutthroat. We have the opportunity to save four tracts of sacred ground, on four separate battlefields — three of them new to the Trust — where four major Civil War generals shaped their character and reputations, and we can do it all for just $206,207.”
David N. Duncan, President
Read David's letter

In July 1863, as the Confederacy was reeling from losses at Vicksburg and Gettysburg, General John Hunt Morgan and his men made their way to 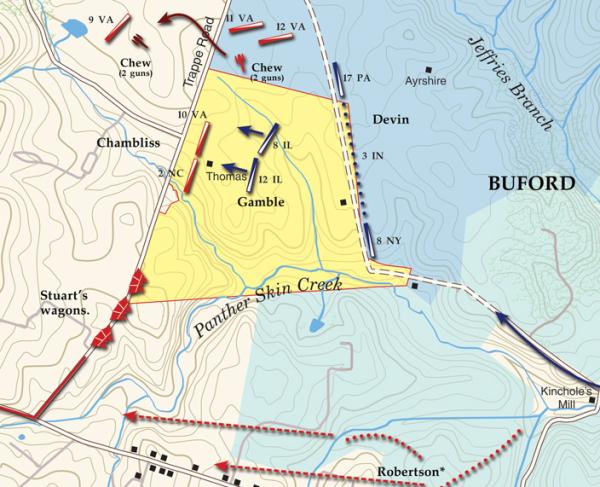 The Battle of Chickasaw Bayou saw General William T. Sherman in the opening engagement of the Vicksburg Campaign. On December 26, 1862, General 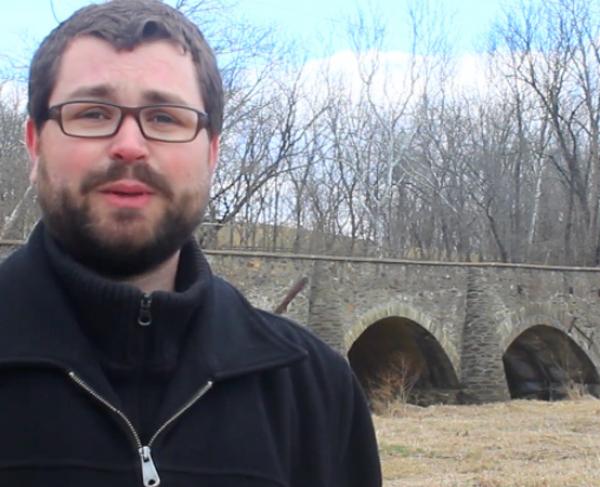 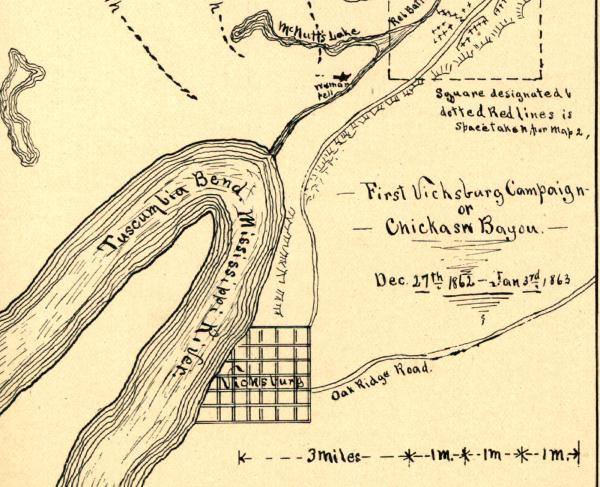 Down the street from the Mississippi Welcome Center and several miles north of Vicksburg National Military Park, visitors can see a historical marker...