Welcome the Winter Holidays at These Battlefield Parks and Historic Destinations

(Washington, D.C.) — This December, Americans of all ages and backgrounds will celebrate the holiday season. In honor of this festive time, the American Battlefield Trust recommends this dozen ideas for activities at historic attractions across the country.

December 11: Christmas in Camp during the American Civil War, Mentor, OH
Everyone loves to be home for the holidays. But historically, American soldiers have often been unable to do so. How did those in camp mark the holiday season? This presentation at James A. Garfield National Historic Site will look at how fighting men of the Civil War spent the winter holidays. Learn more.

December 14: A Frontier Army Christmas, Larned, Kans.
The fort’s annual Christmas Past celebration, will recreate the look, feel and tastes of Christmas at an Indian Wars era frontier post. Come for pictures with Santa and stay for the food and fun! Learn more.

Christmas on the Cumberland, Dover, Tenn.
Come visit the Dover Hotel, site of the 1862 Confederate surrender at Fort Donelson National Battlefield, to see how Americans in the 1860s decorated their homes and discover holiday traditions of days gone by. Learn more.

December 17: Las Posadas, Pecos, N.M.
Partake in a traditional Las Posadas experience at Pecos National Historical Park, home to the Glorieta Pass Battlefield. Horse-drawn wagon rides will begin in the early evening, with a procession beginning at the remnants of an 18th-century church down a park trail. The procession will continue to the visitor center with participants singing traditional hymns and holiday songs in both English and Spanish. More than 3,500 paper lanterns, called “farolitos”, will illuminate the trail. Free hot beverages and refreshments will be served. Learn more.

December 21: Yuletide at the Malus-Beauregard House, Chalmette, La.
Inside the Chalmette Battlefield’s historic Malus-Beauregard House, enjoy period decorations and explore the culture of the Islenos — Spanish-speaking immigrants from Spain’s Canary Islands off the coast of Africa who immigrated to Spanish Louisiana in the late 1700s. Outside the house, return to the winter of 1814-15, as Tennessee volunteer militia members will share their stories as they prepare to defend New Orleans against the British invasion that would end with the Battle of New Orleans. Learn more.

The American Battlefield Trust is dedicated to preserving America’s hallowed battlegrounds and educating the public about what happened there and why it matters today. To date, the nonprofit, nonpartisan organization has protected more than 51,000 acres of battlefield land associated with the Revolutionary War, War of 1812 and Civil War. Learn more at www.battlefields.org. 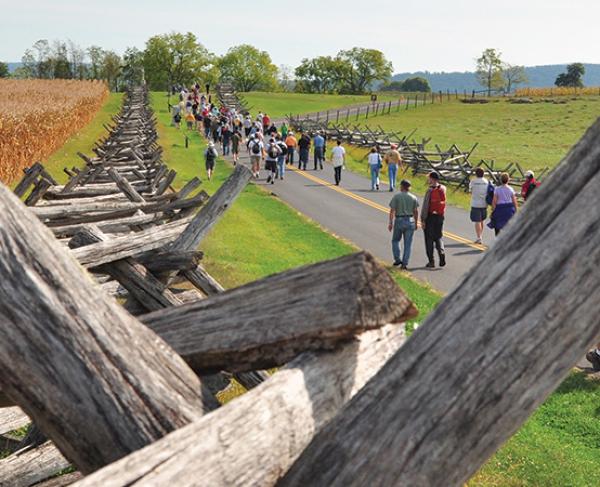