(Mansfield, La.) – At a news conference this morning, Louisiana Lt. Governor Billy Nungesser joined with the Civil War Trust and Cleco to announce the permanent protection of 14.5 acres at the Mansfield battlefield in DeSoto Parish, Louisiana. At the Battle of Mansfield, fought April 8, 1864, an outnumbered army of Confederate soldiers from Texas and Louisiana defeated Union troops under Maj. Gen. Nathaniel Banks. The 4,400 casualties convinced Banks he could not wrest Louisiana and Texas from Confederate control.

“Through concerted efforts to protect the state’s battlefields and other historic treasures, this administration and its partners are creating a lasting legacy for present and future Louisianans,” said Lt. Governor Nungesser. “We will continue to work with nonprofit groups like the Civil War Trust and preservation-minded organizations like Cleco to proactively conserve these irreplaceable resources.”

According to a report commissioned by Congress assessing the nation’s Civil War battlefields, Mansfield had a “direct impact on the course of the war,” a selective designation placing it on par with more famous battlefields such as Gettysburg and Antietam. The property – a donation from Cleco – is the first parcel ever preserved associated with the final phase of the Battle of Mansfield.  The tract will ultimately be transferred to Mansfield State Historic Site.

“Mansfield’s hallowed ground echoes this country’s history and venerates past and present members of our nation’s armed forces,” said Robbie Laborde, vice president of generation operations and environmental services for Cleco Power LLC. “As a company that has supported Louisiana’s communities for more than 70 years, Cleco is honored that this partnership resulted in the opportunity to preserve sacred lands for future generations.”

The Civil War Trust has protected 421 acres at Mansfield battlefield since 1993. The Trust marked the Civil War’s sesquicentennial with the largest-ever preservation effort at a Red River Campaign battlefield: 282 acres at the site where Confederate Brig. Gen. James Major’s cavalry division advanced against Union forces under Gen. Banks. That land has since been incorporated into the state historic site.

“We are grateful to have such strong partners at the state who recognize the importance of stewarding and interpreting Louisiana’s Civil War battlefields, and are lucky to work with an organization like Cleco which stepped up to protect this land,” said Civil War Trust Chairman emeritus John L. Nau, III during today’s ceremony.

The Civil War Trust is the premier nonprofit organization devoted to the preservation of America’s hallowed battlegrounds. Although primarily focused on the protection of Civil War battlefields, through its Campaign 1776 initiative, the Trust also seeks to save the battlefields connected to the Revolutionary War and War of 1812.  To date, the Trust has preserved 45,000 acres of battlefield land in 23 states, including 421 acres at Mansfield and 750 acres in Louisiana. Learn more at www.civilwar.org.

Cleco is a regional energy company that conducts substantially all of its business operation through its primary subsidiary, Cleco Power. Cleco Power is a regulated electric utility company that owns nine generating units with a total nameplate capacity of 3,310 MWs and serves approximately 288,000 customers in Louisiana through its retail business and supplies wholesale power in Louisiana and Mississippi.

Mansfield State Historic Site highlights both the Battle of Mansfield and the Battle of Pleasant Hill, through interpretive programming and special events. The site, a Louisiana State Parks property under the administration of the Office of the Lt. Governor, is located on La. Hwy. 175, three miles south of Mansfield. For more information about the site, visit http://www.LaStateParks.com. 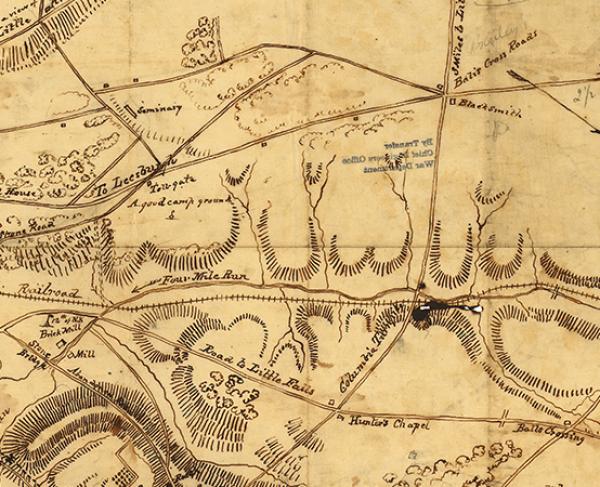