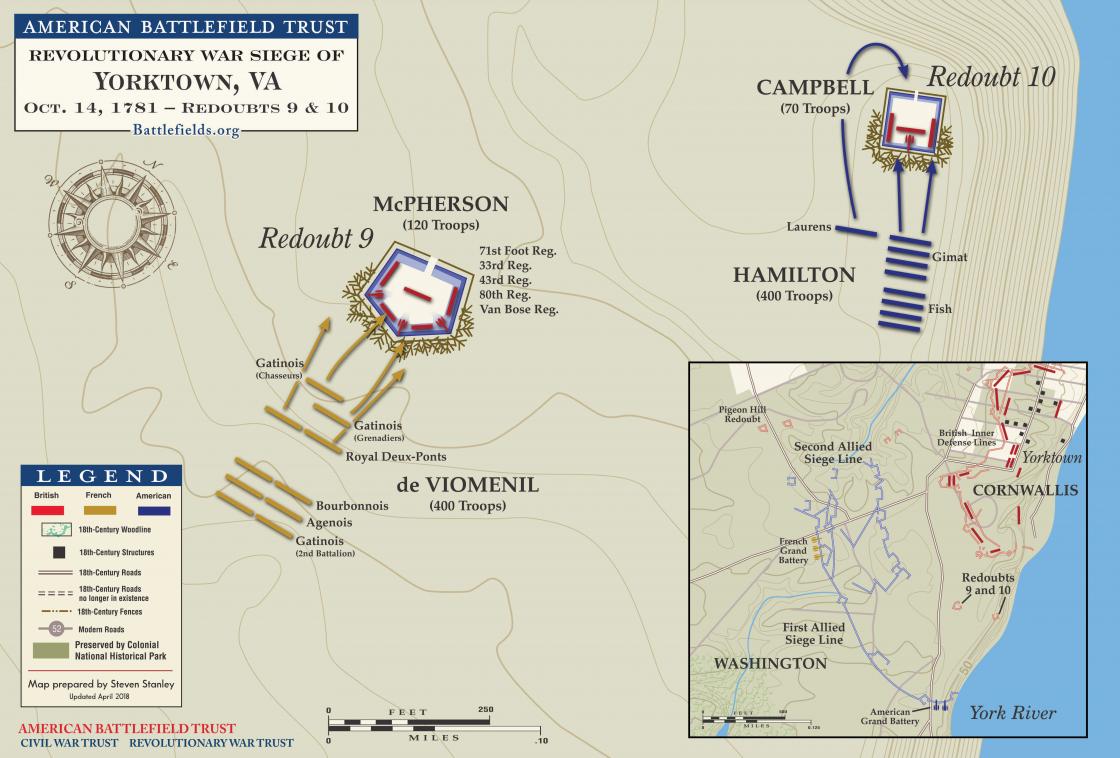 In the weeks before the Americans and French laid siege to Yorktown and commenced the last major battle of the American Revolution, the occupying British had been hard at work constructing a series of outposts surrounding the city called redoubts. General George Washington and his French allies knew that if they took the redoubts, they could then fire directly on Yorktown itself and force the British commander Lord Cornwallis to surrender. After more than a week of bombardment, the assault finally came on the 14th of October. Alexander Hamilton and the Vicomte de Viomenil each led 400 American and French troops against the 9th and 10th redoubts, just south of the British inner defenses. Heavily outnumbered, the British and Hessian soldiers stood as valiantly as they could against overwhelming forces, but were driven away at the points of their enemies’ bayonets. The next day, as Washington commenced bombardment of Yorktown itself, the allied troops repulsed a British attempt to retake the redoubts, and Cornwallis decided to wave the white flag only two days later.

Learn More: The Siege of Yorktown 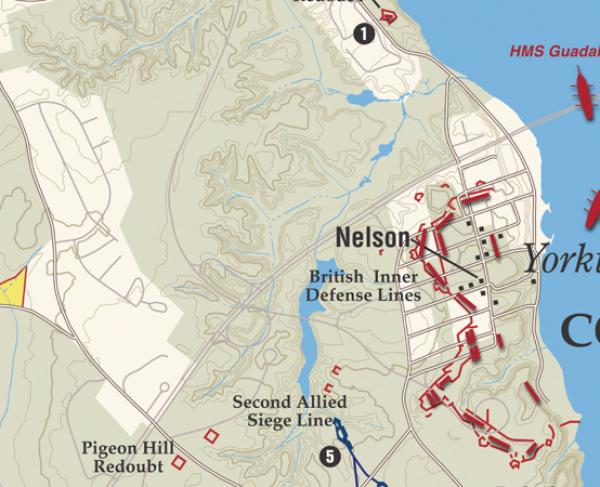