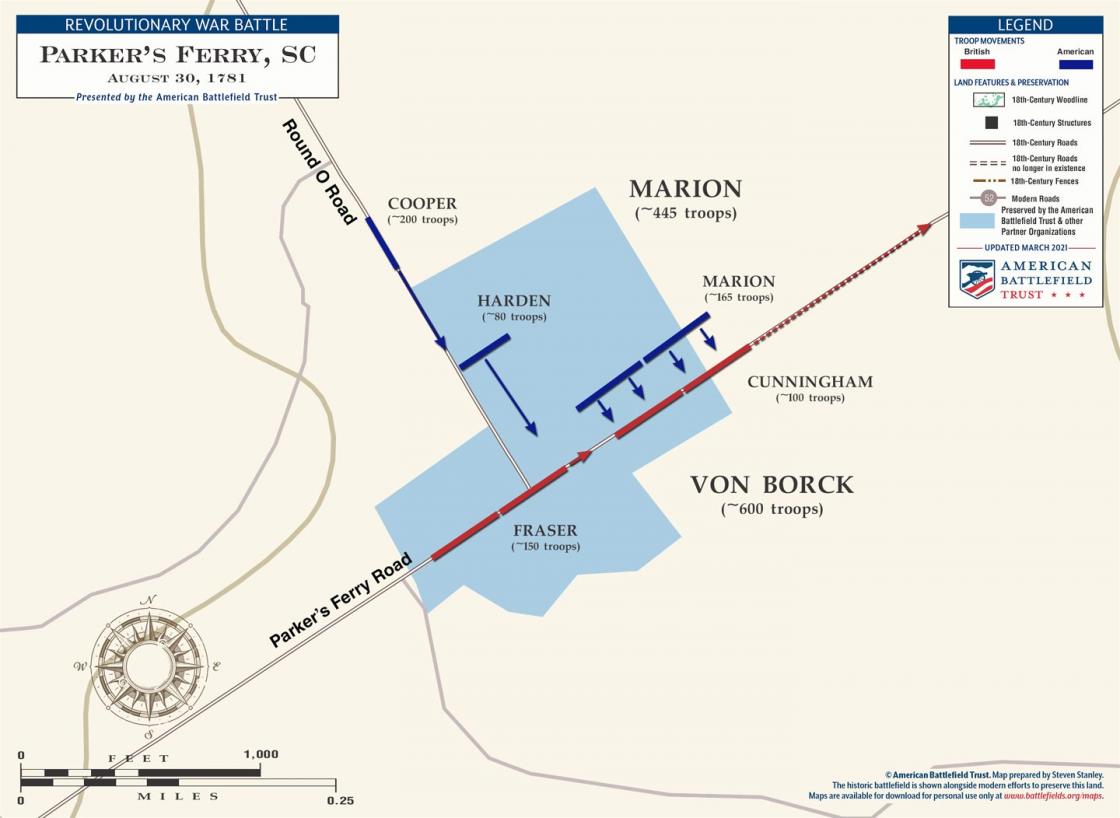 After the British moved to Isaac Hayne's Plantation, Brigadier General Francis Marion followed looking for a fight and he set up his camp five miles away to the east. Marion placed his 445 troops in the thick woods about the causeway leading to Parker’s Ferry. Several dragoons galloped forward to entice the more than 600 Loyalist, British and German troops to chase them back into a Patriot trap. British casualties at 125 killed and 80 wounded were heavy, while Marion only suffered one man killed and three wounded. The Patriots continued to occupy the causeway for three more hours until Marion saw a large body of infantry with a field piece coming their way.

The Battle of Parker's Ferry
Ambush: Francis Marion and the Art of Guerrilla Warfare
Nathanael Greene
10 Facts: The Southern Campaign