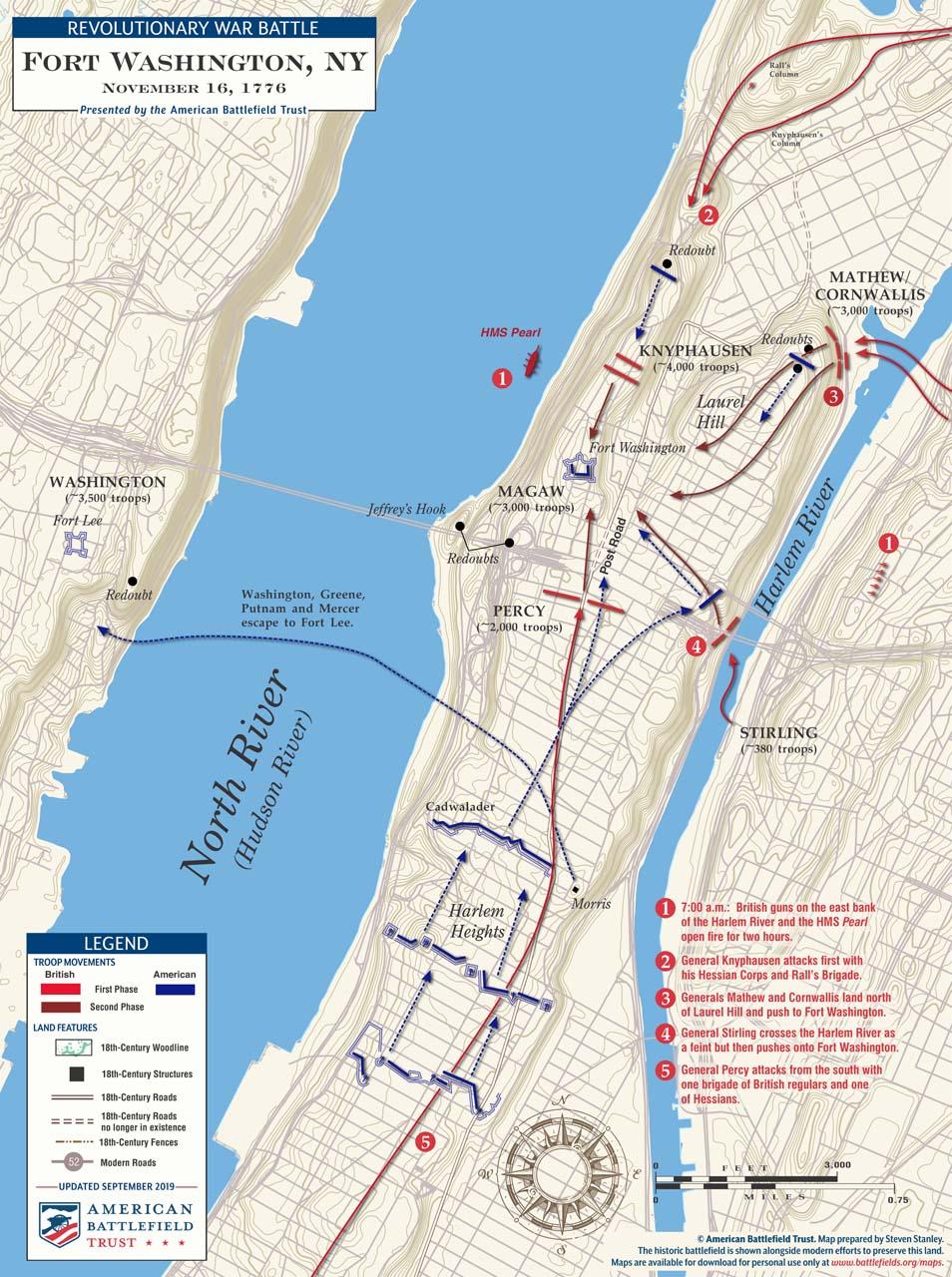 Fort Washington was positioned on the highest point of Manhattan Island, 300 feet above the Hudson River and on a rock outcropping. Named for George Washington, the fort was thought to be impregnable. That was not the case. Fort Washington, though hastily constructed, wreaked havoc on British warships attempting to sail past the position overlooking the Hudson. With Washington once again splitting his army in the face of a superior foe, William Howe looked to make him pay for this mistake. With the Fort Washington garrison isolated, Howe moved a frigate into the Hudson to bombard the Continental line. Meantime, four British attack columns (with one column acting as a feint) were formed to hit the fort from the three landward sides. Before dawn, General Lord Hugh Percy attacked from the south, driving north up the island while another force crossed the Harlem River with his force and attacked from the east, as a force of Hessians struck from the north. The combined British-Hessian assault grossly outnumbered the forts defenders, with Howe brining at least 13,000 men to bear against Greene’s 3,000. Yet, the Continentals held out for a brief time against the overwhelming numbers.

George Washington crossed the Hudson from New Jersey to witness the action. After realizing the plight of the defenders, he urged the garrison commander, Col. Robert Magaw to hold out until nightfall, as Washington, Greene, and other general officers fled across the Hudson River to Safety. Magaw surrendered the fort and its remaining 2,870 men near 3 p.m.