We need your help in saving pieces of three battlefields at three separate sites: Chancellorsville in Virginia, Gilgal Church in Georgia, and Corinth in Mississippi.

These three tracts total 52 acres in size and have a combined transaction value of more than $1.6 million— a sizeable amount because they are highly sought-after sites for new development.

Thanks to landowner donations plus expected government grants, we need to raise less than 10% of that amount — $160,680 — which means that for every dollar you donate today, it will be multiplied by $10.30!

The first is a three-acres piece of battlefield land that factored into the Battle of Chancellorsville. The tract has been squarely in the bullseye of residential developers eager to cash in on the explosive growth taking place outside the city of Fredericksburg, Virginia.

Bolstered by your generosity, we intend to stitch the property together with other previously preserved tracts to complete the preservation of the Flank Attack portion of the Chancellorsville Battlefield and add to the interpretation of General Thomas “Stonewall” Jackson’s renowned and daring maneuver.

The second property is an 18-acre parcel from the Battle of Gilgal Church, which saw fighting June 15-17, 1864 and is located just southwest of the town of Kennesaw, Georgia. This will be the Trust’s very first preservation action at the battlefield if we can secure it.

The 18 acres has been under threat of residential development for several years and holds some of the last remnants of Civil War entrenchments to be found anywhere along the route of Sherman’s Atlanta campaign.

After raising the money needed to purchase the land, we will place a conservation easement on the property for use as a historic park. Because it’s located just outside of downtown Atlanta, you can imagine how highly attractive this property is to developers. And thanks to the landowner’s willingness to sell to us — and hopefully your willingness to help us raise the needed funds — we’ll be able to protect this land forever!

The third and largest tract is a 32-acre parcel that includes the once-extensive, seven-mile line of earthworks commonly known as the Beauregard Line. It was built in 1862 by Confederate forces using slave labor to defend the strategic transportation hub of Corinth, Mississippi.

This tract later became part of the Corinth Contraband Camp, established for thousands of ex-slaves. A security company comprised of those slaves eventually formed the nucleus for the 1st Alabama Infantry of Colored Descent — later the 55th U.S. Colored Infantry.

The tract’s owner seriously considered developing the land, long sought after by residential builders, before signing a purchase contract with the Trust. This is why we can’t hesitate a second.

"If many of these places are to be saved, it is up to the generation of adults who are alive today to do it; if we hesitate, and believe we can wait until the next generation coming up behind us is ready take over this vital work, it will be ... too... late."
David N. Duncan, President 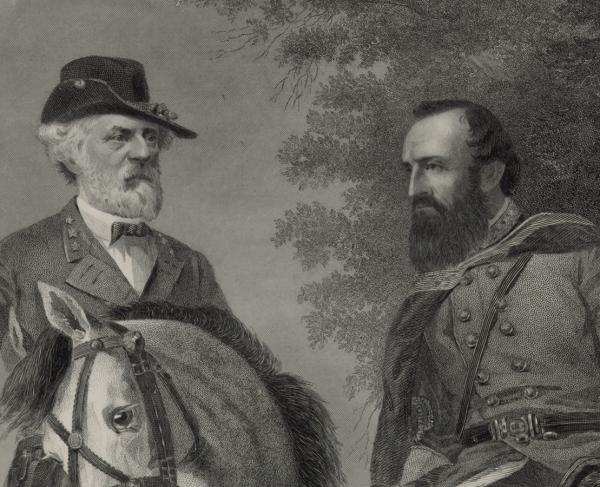 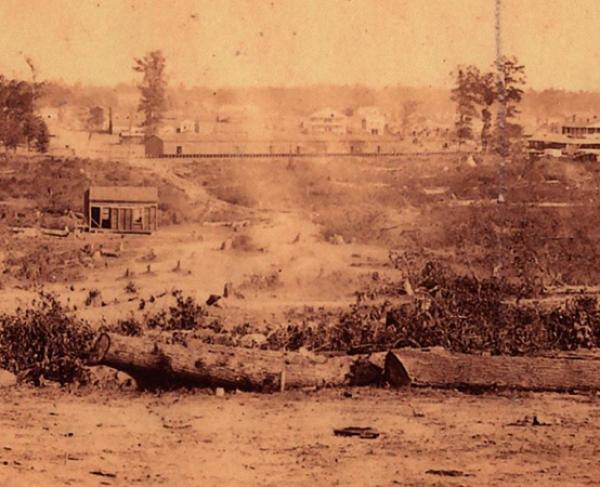 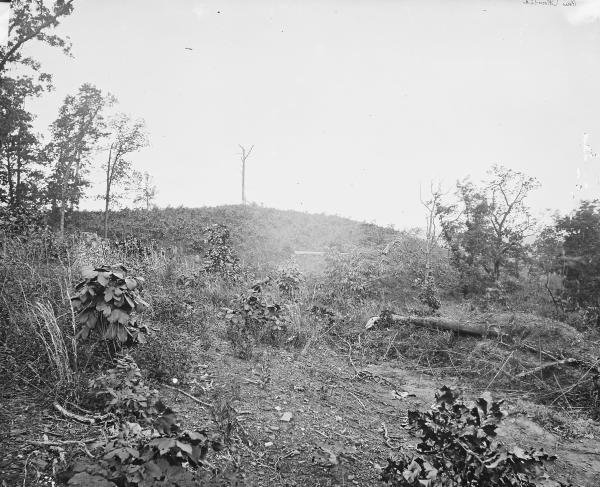 The death of Confederate Lt. Gen. Leonidas Polk on June 14 and his observation of the enemy lines led Gen. Joseph Johnston to order William Bate in...