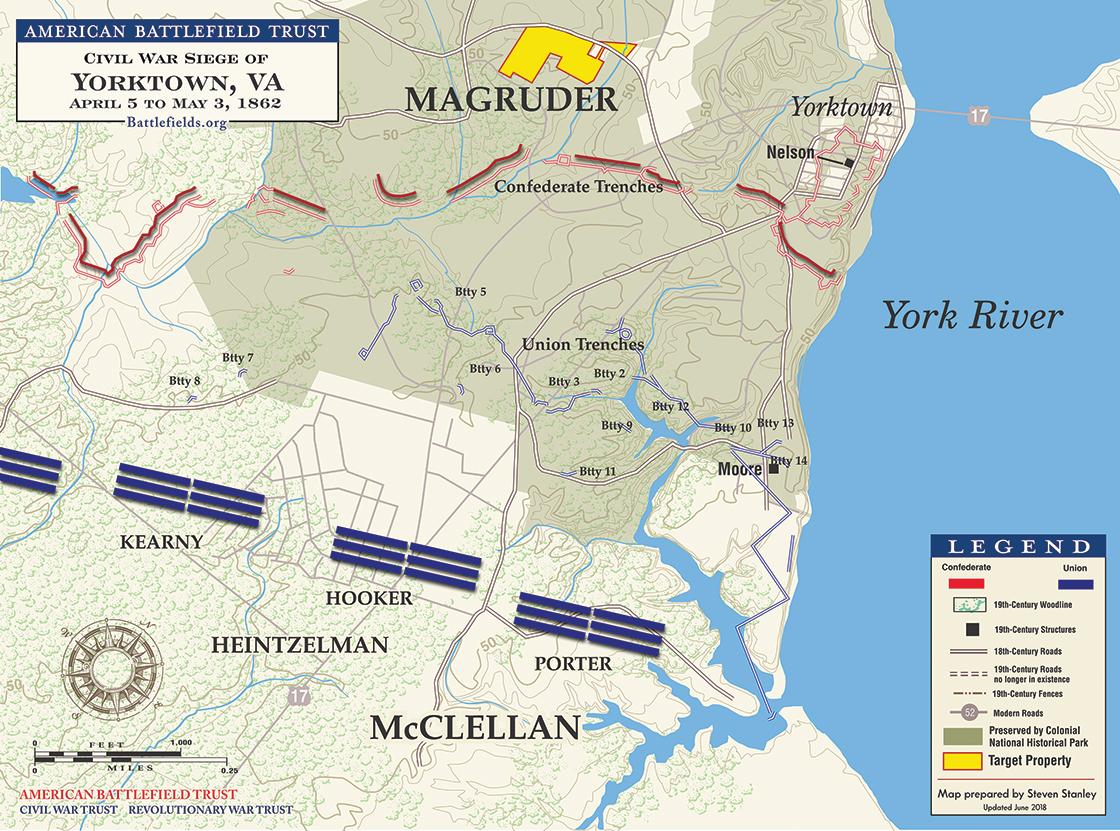 An American Battlefield Trust map depicts the Battlefields Bluff subdivision site at the Yorktown battlefield that the Trust has purchased, overlaid with troop positions during Union Gen. George B. McClellan’s Siege of Yorktown during the Civil War’s Peninsula Campaign. The property adjoins the Yorktown portion of Colonial National Historical Park.

American Battlefield Trust’s map of the Siege of Yorktown

Marching from Fort Monroe, Maj. Gen. George B. McClellan’s army encountered Maj. Gen. John B. Magruder’s small Confederate army at Yorktown behind the Warwick River. Magruder’s theatrics convinced the Federals that his works were strongly held. McClellan suspended the march up the Peninsula toward Richmond, ordered the construction of siege fortifications, and brought his heavy siege guns to the front. In the meantime, Gen. Joseph E. Johnston brought reinforcements for Magruder. On 16 April, Union forces probed a weakness in the Confederate line at Lee’s Mill or Dam No. 1 (not shown), resulting in about 309 casualties. Failure to exploit the initial success of this attack, however, held up McClellan for two additional weeks. McClellan planned for a massive bombardment to begin at dawn on May 4, but the Confederate army slipped away in the night toward Williamsburg.