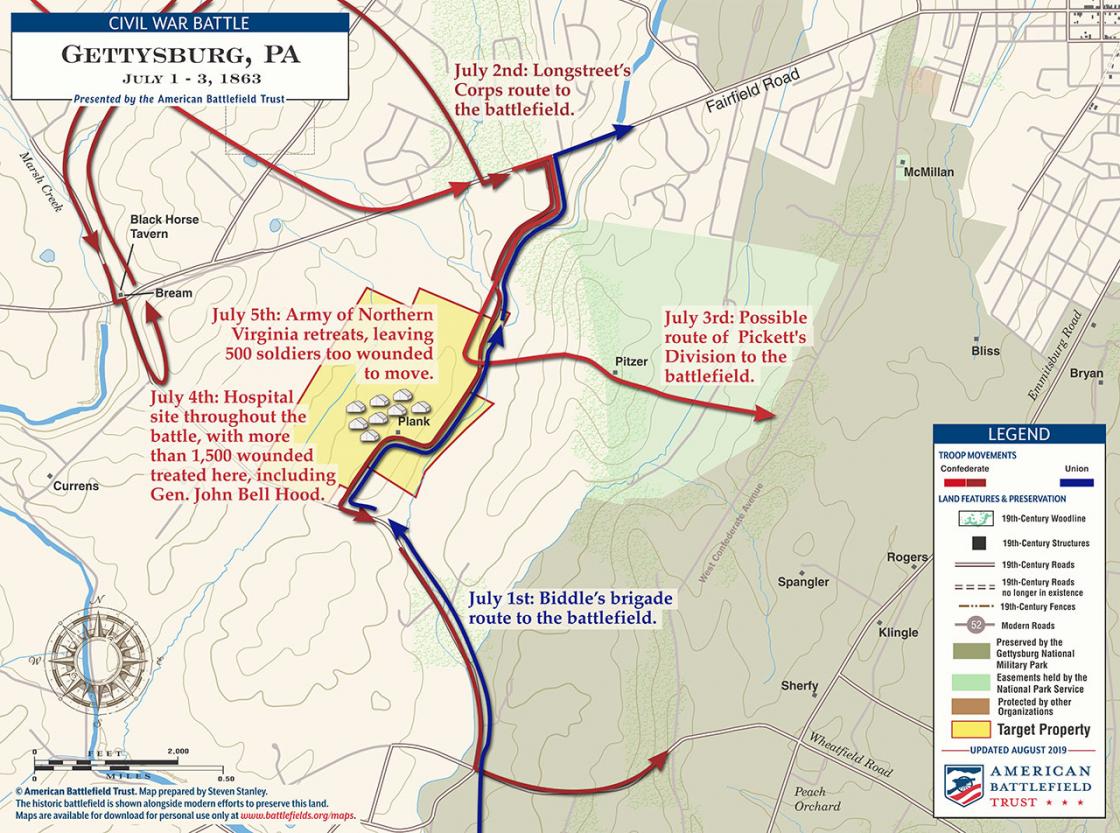 On July 1, 1863, elements of the Union I Corps under General John F. Reynolds double-quicked across this property as they moved to the sound of the battle’s opening shots.  Reynolds himself would fall to a Confederate bullet that day - about a mile north of this property – but his timely arrival allowed the Union army to hold the favorable ground that proved so crucial to their success in this epic battle.

On July 2, Confederate General James Longstreet’s divisions, under Generals John Bell Hood and Lafayette McLaws, marched across this property as they sought to discover the Union left flank. Their advance culminated with the legendary attacks on Little Round Top, the Wheatfield, and the Peach Orchard. Longstreet called this “the best three hours’ fighting ever done by any troops on any battlefield,” but these two divisions suffered terrible casualties, many of whom were taken to the field hospital at the Plank Farm.

On July 3, Confederate General George Pickett led his division over this land, up the slope to Seminary Ridge, and onto the battlefield where the charge that came to bear his name would be bloodily repulsed.

On all three days of the battle, and for many weeks after Robert E. Lee’s Army of Northern Virginia made its retreat, this farm served as one of the biggest hospitals in all of Gettysburg. More than 1,500 soldiers were treated on this property, including General Hood. There were more than 60 documented burials on the property. Many of the soldiers buried there were later reinterred, but there may still be unknown graves on the property to this day.