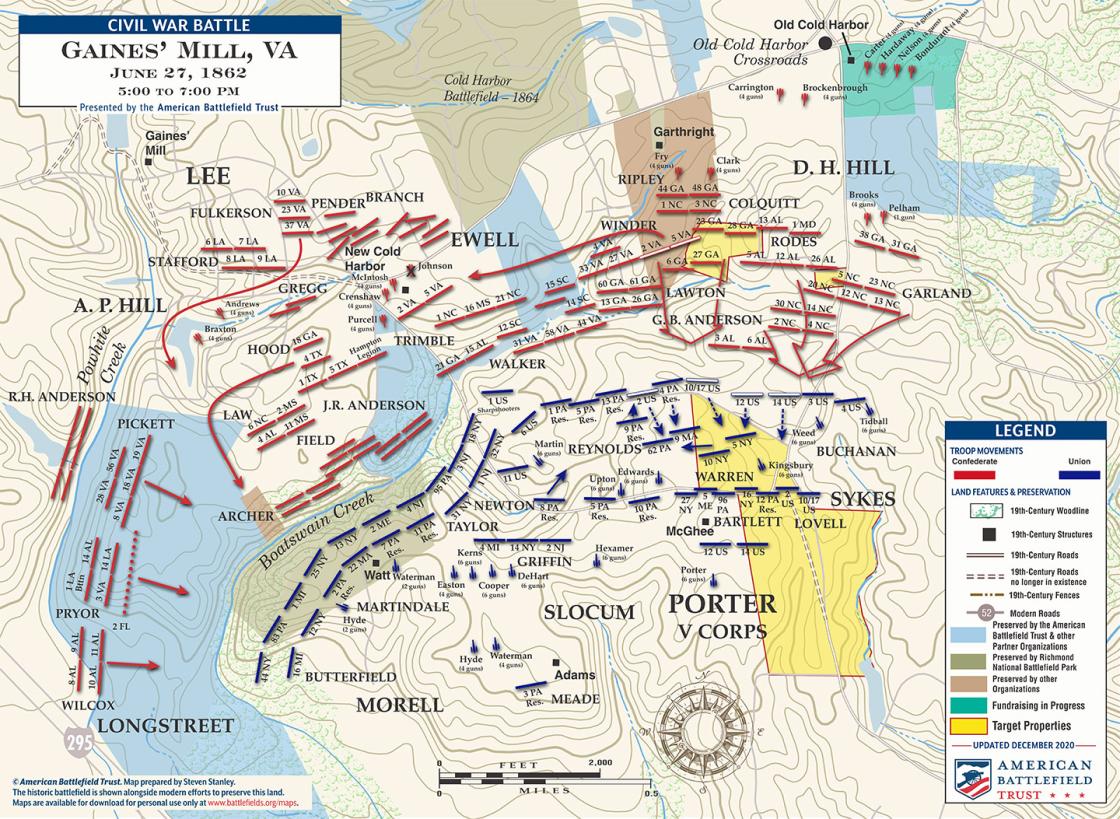 Hill and Ewell struck the Federal right and center respectively. The overwhelming number of Rebel troops drove back the Federal right flank. On the Union left, James Longstreet's men wrapped around the Yankee flank. The assault sent the Northerners fleeing toward the Chickahominy River. During the night, the Federals limped across the river and burned the bridges behind them. Gaines’ Mill was the third in the Seven Days Battles and initiated a series of rearguard actions as Maj. Gen. George B. McClellan moved his army to the safety of the James River—handing over the strategic initiative of the Seven Days Campaign to Robert E. Lee.