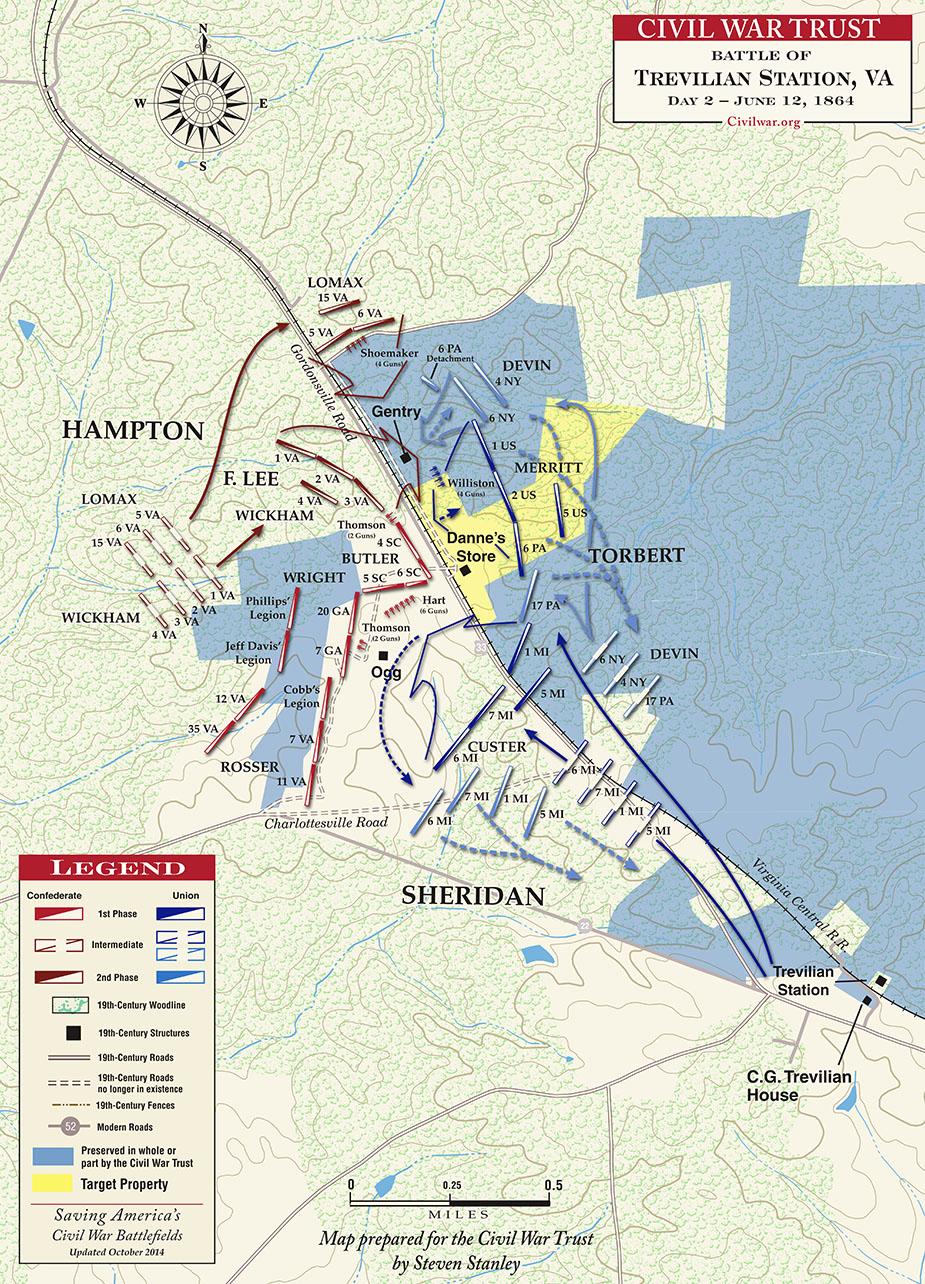 American Battlefield Trust’s map of the Battle of Trevilian Station

Following the relative success of the first day's fighting, Gen. Philip Sheridan's troops spent the morning of June 12 tearing up railroad tracks before advancing on the Confederates. However, Gen. Wade Hampton's cavalry had spent the night establishing a strong position, with an angled line anchored on the railroad embankment. Sheridan ordered several assaults against this line over the course of the day, but each one was driven back. Ultimately, Sheridan was forced to abandon his attempt to break the Confederate line. He withdrew his army that night, having failed to achieve his goals of permanently disrupting supply lines and linking up with additional forces near Charlottesville. 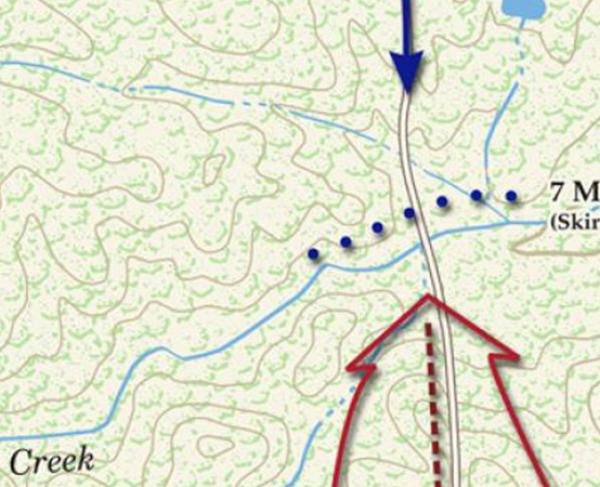 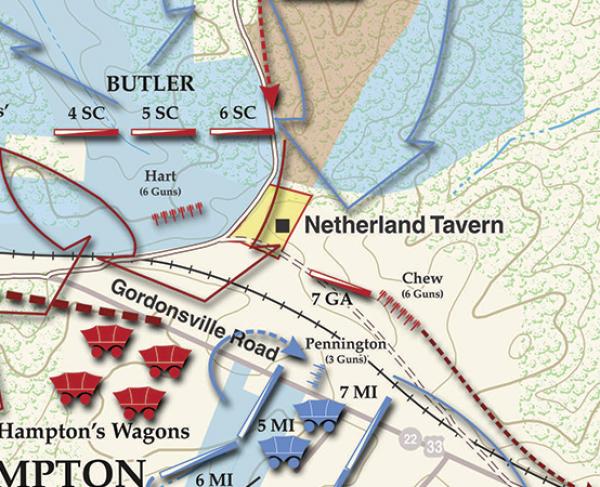 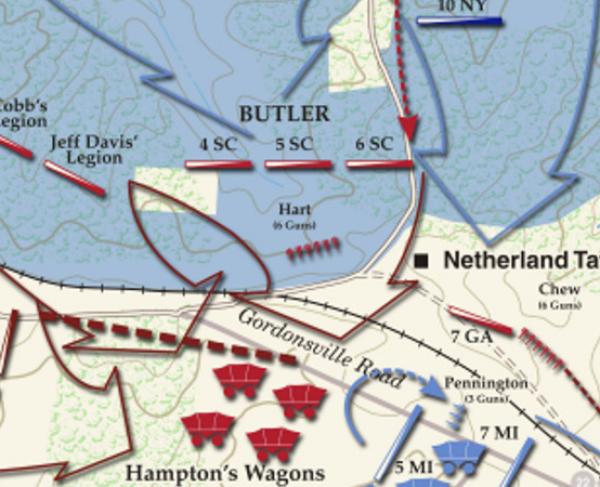