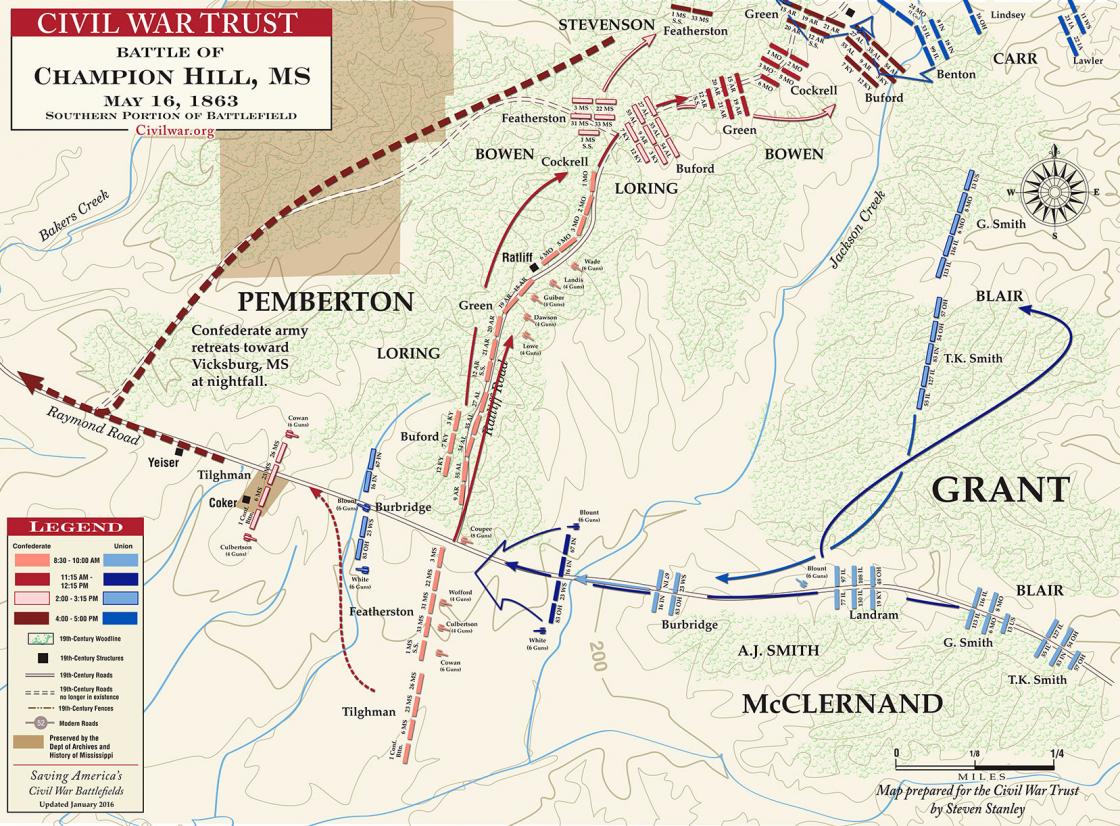 Maj. Gen. William Loring’s division sent brigades to support the Confederate left and center. After a brief Confederate counterattack by Brig. Gen. John S. Bowen that pushed the Federals nearly back to the Champion house, Grant sent in Maj. Gen. John A McClernand’s XIII Corps divisions of Brig. Gens. Peter Osterhaus, Andrew J. Smith and Eugene Carr to threaten the Confederate right. Pemberton’s men could not stand up these assaults, so he ordered his men to use the one escape route still open: the Raymond Road crossing of Baker's Creek to the southwest. Brig. Gen. Lloyd Tilghman’s brigade and some artillery formed the rearguard and held the crossing at a heavy cost, including the loss of Tilghman. By nightfall, the Confederates were in full retreat towards Vicksburg.

explore the battle of champion hill