Watch videos of the 15 sessions and download associated materials.

In July 2020, amid ongoing uncertainties about travel restrictions and access limitations at planned tour destinations, the American Battlefield Trust made the difficult decision to transition its popular National Teacher Institute to an online format.

In four days, we offered fifteen workshop sessions and engaged with nearly 800 educators from 47 states, the District of Columbia, Canada, Germany, Puerto Rico, and the Netherlands. Browse and watch the sessions online, spanning historic eras:

For all grade levels: Inspire your students through the stories of heroes. Join us to learn how the Character Development Program uses the stories of Medal of Honor Recipients to teach students about the values of courage, commitment, sacrifice, integrity, citizenship, and patriotism. The Congressional Medal of Honor Foundation's free resources include lesson plans, videos, webinars, and professional development workshops. The lessons are built to engage students in collaboration, critical thinking, and personal reflection while showing them that everyone can be a hero and make a difference.

How to Identify Fake News on Social Media

For all grade levels: Join Connor Townsend, the social media guru for the American Battlefield Trust, as she details how to spot "Fake News" on social media and how to help your students identify facts from fiction.

Signs and Symbols of the American Revolution

For all grade levels: Students encounter signs and symbols hundreds of times a day; visual imagery is constantly used to communicate ideas, create in-groups, and sell products. The same was true in the Revolutionary Era. Through analysis of the images and objects of this time, students can see signs, symbols, and other imagery as a language that can be read to understand mid-to-late 18th-century America, while practicing close looking skills, making inferences, substantiating arguments and evaluating multiple perspectives. In this session, educators will encounter specific examples of 18th-century imagery and consider how signs and symbols can be used both as a pathway to historical content and a bridge to the contemporary era.

Women & the American Story: Settler Colonialism and the Revolution, 1692-1783

For all grade levels: Women’s contributions on both sides of the American Revolution were central to the conflict but often receive only superficial acknowledgment in textbooks and curriculum surveys. The Settler Colonialism and Revolution, 1692-1783 unit of the New-York Historical Society’s Women & the American Story curriculum (wams.nyhistory.org) addresses this gap. Looking beyond women’s roles as the wives of important men and/or camp followers, this interactive session will use resources from the curriculum to model how educators can bring wide-ranging women’s experiences into their American Revolution lessons and encourage their students to recognize and appreciate diversity across American history.

Lessons in Leadership: Teaching George Washington in the Classroom

For all grade levels: This workshop with Adam Zielinski will provide context for introducing Washington’s role in the American Revolution, and how his leadership was crucial to winning the war. By using four key events of the war, and supplementing useful information to help craft the narrative, teachers will be given helpful lesser-known stories and resources that will connect students with why his leadership was so vital to American independence. Teachers can expect to receive useful techniques in connecting historical figures to modern-day audiences; providing the appropriate narratives to ensure a truthful, educational lesson, and ultimately, walk into the classroom confident that what you’re about to present asks questions and leaves answers open for discussion.

For Middle & High School: In the late autumn of 1814, a British expeditionary force threatened New Orleans. The city’s protection rested in the hands of Maj. Gen. Andrew Jackson. At the head of a hodge-podge army, “Old Hickory” as he was known to his men, prepared to defend the gateway to North America. After two major skirmishes, the British army under Sir Edward Pakenham, the brother-in-law of the famed Duke of Wellington stormed Jackson’s position. In half an hour, two-thirds of the attack force fell, and Jackson achieved a stunning victory. Join Dan Davis, the American Battlefield Trust’s Education Associate for an exploration of this forgotten military triumph, the battle’s impact on Andrew Jackson and the United States, and its place in America’s collective memory.

For all grade levels: Distance learning has become a hot topic in recent months. While many think that you can simply film an educator and stream the feed across the internet and expect the same results as in-class learning, the truth is, distance teaching, and learning is both an art and a science. As a faculty member of the St. Bonaventure School of Journalism, Dr. Chris Mackowski helped to pave the way for online learning at one of the country's leading journalism schools. Join Chris and members of the American Battlefield Trust Staff as they cover the ins and outs of distance learning while utilizing free materials provided by the American Battlefield Trust.

The Whole Civil War in 61 minutes with Garry Adelman

For all grade levels: The Civil War was a wildly complex event, spanning every socioeconomic, military, cultural, and geographic cross-section of America. Just one, small slice of any of these subjects could occupy a lifetime of research.  And yet, the massive conflagration consisted of rather few truly key events, grand military movements, and questions answered. Whether you are a novice or longtime expert, join Garry Adelman as he endeavors to cover all that is the American Civil War and bring it all together in this energetic and informative presentation.

“A Scene of So Much Sorrow and Anguish:” Environment and Disease after Gettysburg

For Middle & High School: In the middle of March 2020, the country was turned upside down.  Lives were fundamentally altered as the nation responded to the COVID-19 crisis.  But, responding to threats of disease outbreak is something not uncommon to people of this country. This session will focus on the town of Gettysburg and the surrounding areas in the aftermath of the Civil War’s largest battle.  How did physicians, patients, and the public response to the environmental and medical crisis that lingered as armies moved on?  What can we learn about the current COVID-19 crisis by looking at the experience of those who rose to the challenge during the Civil War? Special attention will be paid to incorporating a microhistorical approach in the classroom and how larger events can impact and be impacted by communities.  Methods and techniques for connecting national events to your locality will be explored.

For Middle & High School: Clara Barton is arguably the most famous and influential women to come out of the Civil War era. Her exploits as a nurse during the conflict, and her tireless efforts to create the American Chapter of the Red Cross, and just part of her fascinating story. Join Jake Wynn of the National Museum of Civil War Medicine & the Clara Barton Missing Soldiers Office for a look at this famous personality, and the impact she had on and off the battlefield.

Hollywood vs. History: The Civil War On Screen

For all grade levels: Movies are a great way to get people interested in the Civil War—but how accurate are they? Does it matter? Chris Mackowski, editor of Entertaining History: The Civil War in Film, Literature, and Song, invites you to consider the relationship between fact and truth, between art and history, to help you use Hollywood more effectively to hook your students.

For all grade levels: Photos, stories, and more. Join the American Battlefield Trust’s chief historian for fast-paced; action-packed, journey through the Civil War, via photography. Learn how this new technology functioned in practice, and how it brought the story of the Civil War to the masses. Also, learn more about the 3-D component of Civil War photography. Yes! Many of their photos were taken in 3-D! Learn more about this technology and how it can be employed in your classroom.

Curate in the Classroom: The Jim Crow Era

For all grade levels: Get inspired by a session showing how teachers can employ the latest in educational technology to have students create their own virtual museum exhibits, right in the classroom!  This new approach places students at the center of the learning process, where they will practice material and visual culture analysis, explore and define cause and context, collaborate with peers, and engage in writing.  This session will focus specifically on using this approach in a lesson on the Jim Crow Era, but techniques are transferrable across eras and even disciplines.

Black Citizenship in the Age of Jim Crow

For all grade levels: Explore the contested efforts toward full citizenship and racial equality for African Americans that transpired following the Civil War. This session draws on the New-York Historical Society’s groundbreaking exhibition and companion curriculum guide “Black Citizenship in the Age of Jim Crow” to consider how African Americans championed their rights in the face of legal discrimination and violence. Through an interactive examination of primary sources and mini-biographies, consider how ideas of freedom and citizenship were redefined by government and citizen action during the period between the end of slavery in 1865 and the end of World War I in 1919.

Teaching with The National WWII Museum

For all grade levels: The National WWII Museum in New Orleans offers free resources to 4-12 history, science, distance learning, and service-learning classrooms across the country. The session will explore many of these resources including oral histories, interactive maps, physical and digital content that encourage critical analysis through the study of World War II. Together, we will examine some of the lesson plans and show how to incorporate primary source analysis into your classroom. 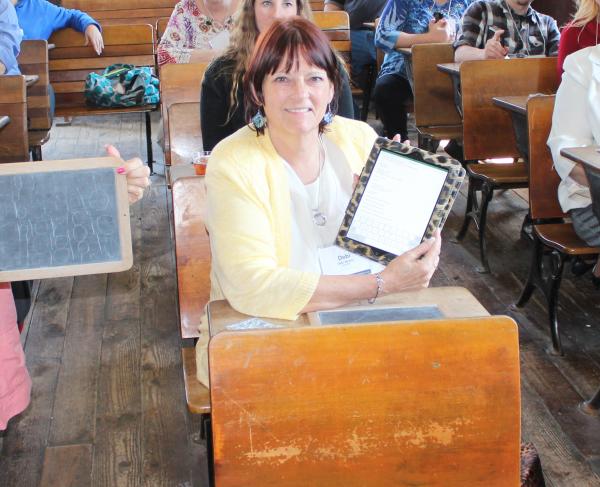