Save 480 Acres of Hallowed Ground at Bristoe Station, Trevilian Station, and Reams Station!

I am sure you are aware of the phrase, “Getting the biggest bang for your buck.”

And I hope that, over the years, you have come to see the Civil War Trust as unique among the other non-profit organizations you support in being able to make your donation dollar go farther than anyone else.

Well today, I need to brief you quickly on a situation that doesn’t just give you a big “bang” for your buck . . .

. . . no, it gives you a “ground-shaking-fifty-cannon-boom” for your buck.

Today, to build on our tremendous past success at the Trevilian Station, Bristoe Station, and Reams Station battlefields in Virginia, we have the chance to take advantage of one of the largest matching-grant opportunities in the history of the battlefield preservation movement!

Today, will you help me turn every $1 you give into $76.26 of crucial hallowed ground?

That’s not a typo, my friend; today, through a combination of matching grants and landowner donations, I can take every $1 you give to help save 480 acres at these three “station” battlefields – Bristoe, Trevilian, and Reams – and turn it into $76.26 worth of hallowed ground.

Or, more specifically, will you help me raise just $127,625 in the next 45 days so that I can turn it into up to $9,732,640 worth of land – nearly $10 million! – and save 480 additional key acres of endangered hallowed ground in Virginia, some of which was slated for imminent development?

As I said, if we are successful, this will be one of the largest matching-grant multipliers in the entire history of battlefield preservation . . .

. . . bringing to nearly 2,600 acres the total amount of land preserved forever for future generations at these three crucial Civil War battlegrounds – 168 at Bristoe, 192 at Reams, and 2,225 at Trevilian!

Before you answer, please look at the maps I have for you, and let me walk you through a brief retelling of the history of these sites:

October 14, 1863: The Battle of Bristoe Station. Confederate General A.P. Hill’s corps stumbled upon two corps of the retreating Union army, and Hill attacked without proper reconnaissance, falling into, as one observer termed it, “as fine a trap as could have been devised by a month’s engineering.”

Union soldiers of the Second Corps, posted behind a railroad embankment, mauled two Confederate brigades and captured a battery of artillery. Hill reinforced his line but could make no headway against the determined defenders. Outnumbered nearly 5-to-1, the Confederates were cut down in waves.

It all lasted scarcely an hour, and the Army of Northern Virginia suffered its most one-sided defeat in more than two years, and Lee’s Bristoe offensive sputtered to a premature halt.

At Bristoe Station, Hill lost standing in the eyes of Lee, admitting, “I am convinced that I made the attack too hastily.” On surveying the field strewn with nearly 1,400 killed or wounded Confederate soldiers he could ill-afford to lose, Lee said, “Well, General, bury these poor men and let us say no more about it.”

So why should you care about saving another 35 acres at Bristoe Station, where the Civil War Trust already saved 133 acres of core battlefield?

Well, first and foremost, Prince William County, Virginia – where this battlefield is situated – is still one of the fastest growing counties in the nation, and the pressure is on us to rescue this hallowed ground now, before it is consumed by sprawl

In fact, this extremely valuable real estate was previously approved for office, warehouse and retail development, but the landowner is willing to donate the property to us, and we will just pay some closing costs associated with the transaction!

Also, as you can see from your map, this is the first chance anyone has ever had to save land on the Union side of the battle line. We’re preserving the hill that was the site of Ricketts’ battery, just a few hundred feet behind the main battle line. This opens incredible new interpretive opportunities for this battlefield, not to mention a possible “domino effect” of future preservation victories.

On to our next project… June 11 and 12, 1864: The Battle of Trevilian Station, the largest all-cavalry battle of the Civil War. It ranged over thousands of acres of Virginia farm and forest land.

The casualty rate for two days of fighting in scorching heat was 60 percent higher than at Brandy Station (which included some infantry troops), fought a year earlier and only 32 miles to the northeast.

We are preserving two tracts at Trevilian Station, a fee-simple purchase of 10.2 acres, and a conservation easement on a whopping 426 acres. The smaller tract we are buying is in the heart of the area covered by what historian Eric Wittenberg has called “Custer’s First Last Stand.”

During the morning phase of the fighting, Union General George Armstrong Custer and his command of Michigan troopers spotted a huge Confederate wagon train. Custer, not surprisingly, ordered a charge, and the Wolverines drew sabres and crashed into the wagon train, capturing it.

However, a quick countercharge by the Confederates encircled Custer’s command, which stood alone until other friendly cavalry could cut its way through to the relief of his boys in blue. The tract we are saving today was heavily fought over during the time the Michigan brigade was trapped.

The other much larger tract encompasses 426 acres on the battlefield’s western edge. But, much like Bristoe Station, we are paying closing costs of a few thousand dollars associated with the donation of an easement – basically, locking up the development rights on the property forever, so that it can never be developed!

Plus, this easement should encourage neighboring landowners to also donate easements, or sell their property to us. (We have seen this happen at many battlefields all across the country, such as Bentonville and Perryville.)

New scholarship on Trevilian Station now evaluates this battle as a pivotal moment in General Ulysses S. Grant’s 1864 strategy. A clear Union victory here would have undoubtedly hastened the end of the war. But after two days of brutal fighting and nearly 2,000 casualties, the Confederates held on, and hard war would grind on for another 10 brutal months.

At Reams Station, as you can see from your official troop-movement map, the historic land that we are working to save nearly completes the epicenter of this August 25, 1864 battle! It joins several parcels previously saved by Trust members like you!

The Weldon Railroad, which ran from North Carolina, was a major supply line for General Robert E. Lee’s Army of Northern Virginia. For more than two months, Lee had been under siege at Petersburg by General Ulysses S. Grant’s Army of the Potomac.

Grant had tried to cut the rail line in June and again in August. On August 18, his troops succeeded in capturing a section of the track, but the Confederates simply began to stop the trains further south of Petersburg and haul the supplies by wagon into the city.

Grant responded by ordering his troops to tear up the track and move further south. Soldiers from General Winfield Hancock’s corps tore up eight miles of rail, but Lee moved quickly to halt the operation. On August 25, General A.P. Hill’s infantry and General Wade Hampton’s cavalry were ordered to attack the Federals at Ream’s Station, and they drove the Federals into defensive positions.

The Union earthworks, hastily constructed the day before, were arranged in a square shape that was too small and so Confederate shells easily passed over the top. The green troops in Union General John Gibbon’s division were unnerved by the bombardment, and a Confederate attack broke through the Yankee lines. The Union force retreated in disarray.

Hancock’s corps lost 2,700 men, most of whom were captured during the retreat. Hill and Hampton lost just 700. The battle was a stinging defeat for Hancock’s proud Second Corps, which had held the Union line against Pickett’s charge at Gettysburg, and was considered among the best in the Army of the Potomac. Gibbon and Hancock blamed each other for the disaster, and both soon left their positions in the Second Corps.

And as much as it pains me to tell you this, it is the truth; if the Trust had to pay the full $9.7 million, even as important as this land is, we would have no choice but to walk away. That would be a knife through my heart, but I hold it as my duty to spend your money like it was my own, and there are a lot of places where nearly $10 million would save even more hallowed ground. But fortunately, we don’t have to pay full price. Not even close.

In this case, utilizing landowner donations and federal matching grants, we have – are you ready? – about 98.69% of the funds lined up and ready to go. If you will help me raise the final 1.31% of the money – a little over 1 percent left to go – we can declare this land saved forever!

My friend, in the world of battlefield preservation, it just doesn’t get any better than this. If, in your personal business, retirement plan or private investing, you could turn $1 into $76.26, wouldn’t you jump at that chance? If you could buy land anywhere for $265 per acre, wouldn’t you do it?

To restate the obvious, to get these 480 acres at Trevilian Station, Bristoe Station, and Reams Station – land with a market value of nearly $10 million – for an investment of just $127,625 . . . I think you have to agree that we’re getting some serious bang, boom, crash and pow for our buck!

Over the years, you and I have been doggedly clawing land away from developers one acre at a time. I cannot stress to you enough how important this is. Two hundred years from now, when people come to learn about these battles, it is imperative that they not be covered by houses or warehouses, or otherwise paved over by rapacious developers who care nothing for our past and its heroes.

Would you come away from Shiloh with the same appreciation for that battle if there was a housing development between the Hornet’s Nest and Pittsburg Landing? How about if there was a complex of self-storage units between the Wheatfield and Pickett’s Charge at Gettysburg?

You can preserve this land today, so that the next generations coming up behind you and me will have a place where they can learn about the courage, valor and gallantry of American soldiers.

You can make that happen, and I can multiply every $1 you send today by $76.26. I really need to raise our $127,625 portion of this terrific match as soon as possible, hopefully in the next 45 days.

I thank you very much for your time, and thank you for seriously considering making yet another major contribution to the cause of historic battlefield preservation.

P.S. I encourage you to browse our maps, photos and articles to learn more about this effort — and your role in saving hallowed ground all across our nation! Make your donation online, and you will receive an e-mail confirmation of your gift in seconds. Thank you! 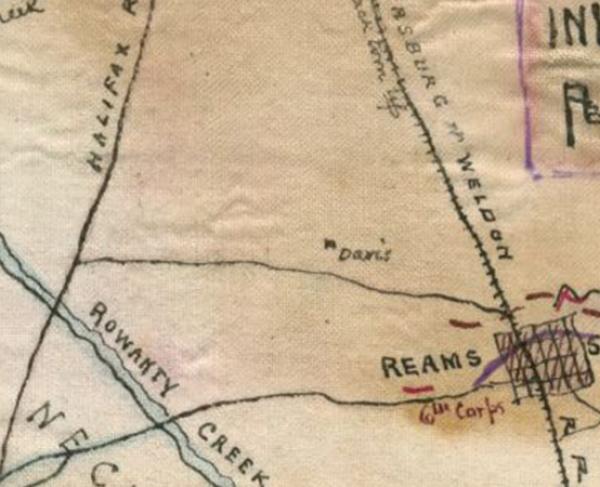 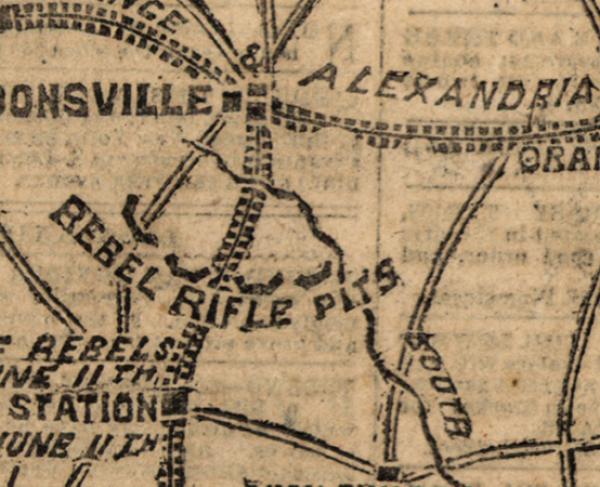 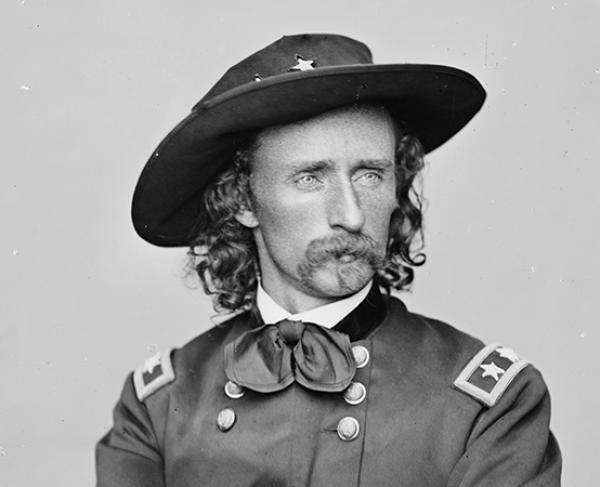 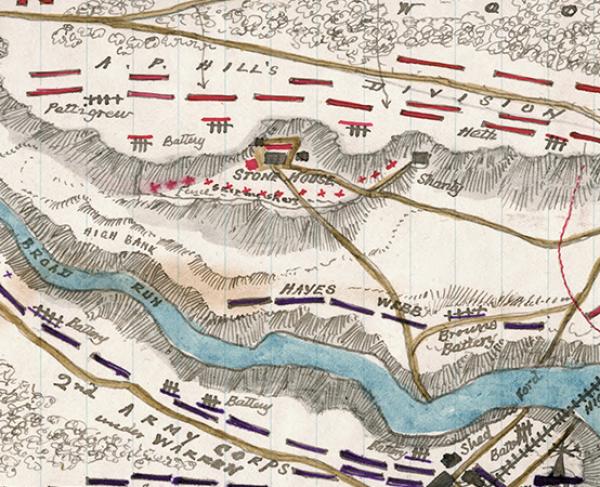 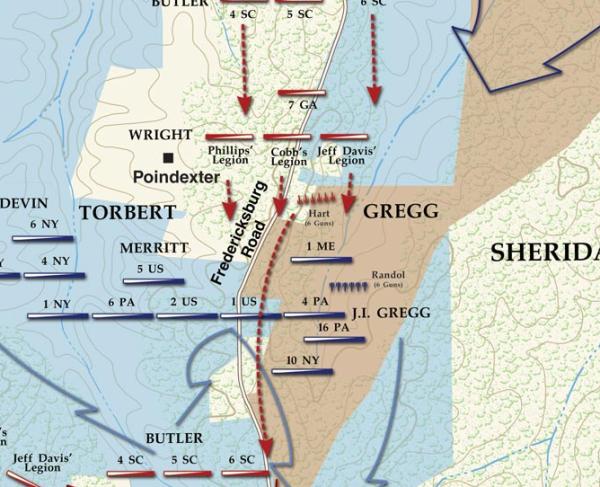 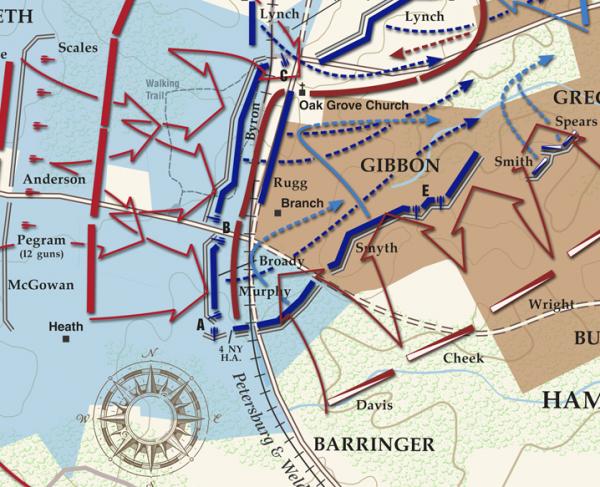