We Need Your Help Save 1,053 Acres at Seven Battlefields

Before I update you on the tremendous opportunity you and I have today to save more than 1,000 acres of hallowed Civil War battlefield land, at a $14.10-to-$1 match of your generosity . . .

. . . please let me thank you for all that you have done for the cause of saving our country’s history over this past year.

I don’t have a crystal ball to predict what challenges 2018 will bring. But I can tell you this: over the next 12 months, you and I will have the chance to save some of the most important — and most expensive — hallowed ground in Civil War Trust history;

I expect development pressures in areas such as Richmond, Virginia, Franklin, Tennessee, and a half-dozen other states to flare up again and again in 2018;

This coming year may also be a turning point in our culture, as more and more educators and history organizations sound the alarm about the dangerous and precipitous decline of knowledge about, and interest in, our country’s history and its heroes, and as some even seek to erase key parts of Civil War history altogether.

I hope you will continue to help spread the word about the critical importance of our mission, which you so generously support — and that you have good things to say about your partnership with the Civil War Trust, and the miraculous transformation of these battlefields that you make possible.

You have my deepest and most profound thanks for all you are doing to save our country’s hallowed ground.

Now, let me tell you about the exciting opportunity to save more than 1,000 acres of hallowed ground, turning $1 you can commit today into $14!

Another way to say it: we believe we already have 92.9 percent of the purchase costs covered, either through anticipated federal or state matching grants, major donations, and other funds.

If you will help me raise the final 7.1 percent of the required private-sector matching funds we will be able to save more than $4.1 million worth of hallowed ground . . . at a cost to us, literally, of about a penny per square foot!

I guess I’d better tell you about the land that you are helping to buy today, shouldn’t I? We literally have a lot of ground to cover . . . about 1,053 acres worth!

As you can see on the battlefield maps I have for you, we are working to save nine tracts of land on seven battlefields in four states. Here are some of the key statistics, with the battles in chronological order:

In October 1862, Confederate troops commanded by Maj. Gen. Earl Van Dorn stormed the Union fortifications defending the northern approach to the City of Corinth, Mississippi, including those at Battery Robinett. Although some Confederates managed to overwhelm Union defenses and penetrate the heart of downtown Corinth, two Confederate infantry divisions were decimated by the overwhelming artillery fire emanating from Union forces defending Battery Robinett.

This tract has long been considered by the Civil War Trust and the National Park Service to be one of the most significant unprotected tracts in the western theatre! There has been a significant development threat due to the existing commercial building on the site, which most recently was used as a daycare center. Once preserved, the tract will be incorporated into the Corinth Battlefield Unit of the Shiloh National Military Park.

The northern tract on your Corinth map, over which Missourians, Mississippians, and Arkansans advanced, luckily, retains a high degree of historic integrity to this day, essentially the same rural landscape the soldiers saw on the afternoon of October 3, 1862.

The small but very important parcel we are saving today at Champion Hill adds to our-on-going efforts to preserve this battlefield, considered by many to be the most important fight of the Vicksburg Campaign, and perhaps the most important of the war.

In the action on this 4-acre tract, a colonel of the 17th Iowa Volunteers reported that “in this charge, a great many prisoners were taken . . . The enemy again rallied, but by this time the gallant Tenth Missouri was in position on my right, and we gave him two more charges . . . This ended the fight.”

I’ll be the first to admit that many ardent Civil War buffs don’t know much about the Battle of Prairie D’Ane, a crucial fight in Arkansas during the 1864 Camden Expedition.

While lighter on casualties than many other battles, we do have the opportunity to save fully 808 acres of this battlefield, including a section of preserved Confederate earthworks. These would also be the first acres ever saved at this battlefield!

The battle was significant, as it was here that Union Gen. Frederick Steele decided to abandon the tactical offensive movement of attempting to link up with Gen. Nathaniel Banks, as he had been ordered to do by none other than Gen. U.S. Grant. Steele would be on the defensive for the rest of the campaign, and nearly lose his army to increasingly aggressive Confederate forces.

The next up on our list is the Battle of Brice’s Cross Roads, a battlefield that is now – after twenty years of dedicated work – almost completely preserved! This 36-acre tract is one of the largest left to acquire on the battlefield, where Gen. Nathan Bedford Forrest (“one of the few geniuses of the Civil War” says historian Ed Bearss) won a devastating victory.

Five days after this battle, Gen. William T. Sherman wrote to Secretary of War Edwin M. Stanton that “Forrest is the very devil . . . I have two officers at Memphis that will fight . . . I will order them to make up a force and go out and follow Forrest to the death, if it costs 10,000 lives and breaks the Treasury. There will never be peace in Tennessee till Forrest is dead.”

One month later and 825 miles to the northeast, Union forces once again found themselves being swarmed by Confederates, at the Battle of Monocacy, also known as the “battle that saved Washington.”

The land we are saving here is a small but very important tract on the Union left, which was manned by the illustrious 8th Illinois Cavalry, who Confederate Colonel John S. Mosby called, “the best cavalry regiment in the Army of the Potomac.” The Union troops under Gen. Lew Wallace fought tenaciously enough to buy time for reinforcements from Grant’s army to reach the defenses of Washington.

I’m excited to tell you that we have the chance to save two incredibly important tracts in the center of the Second Deep Bottom (or Fussell’s Mill) battlefield. This property saw heavy fighting on August 16, 1864, when elements of the Union X Corps broke through the Confederate defenses, only to be repulsed after reinforcements arrived. After this battle, Robert E. Lee felt compelled to transfer five brigades from the south side of the James River to the north, giving Grant an opportunity to attack the Weldon Railroad below Petersburg.

And finally, we are saving an absolutely crucial 13-acre tract at Cedar Creek, where both sides won and lost the battle on the same day, and where General Phil Sheridan’s famous rallying ride saved not only the day for the Union army, but is often credited with helping to save Lincoln’s presidency, as the victory was announced just days before the November elections.

The work that you and I are doing to preserve and promote knowledge of our country’s history has never been more important than it is right now. There is no one else doing this work all across America, and if you and I don’t do it, the priceless sites will be destroyed, probably in our lifetime.

We don’t get too many opportunities like this, to save so much land at such a high multiplier of your donation dollar. I hope you will take advantage of this opportunity to save 1,053 acres of hallowed ground at one of the higher matching-fund opportunities we have ever assembled.

Because of the number of battlefields, I have not been able to go into any great detail on any of them in my letter to you today; I hope you will spend some time on our website at www.battlefields.org/7battlefields today to learn even more about why it is important for us to save these hallowed places.

I hope my words and maps have convinced you to send whatever amount feels right to you, to fully take advantage of this one-time chance to multiply the power of your gift by $14.10!

I can’t thank you enough for all you do to save our country’s history, with your personal heroic efforts to save hallowed ground! I look forward to hearing from you very soon. 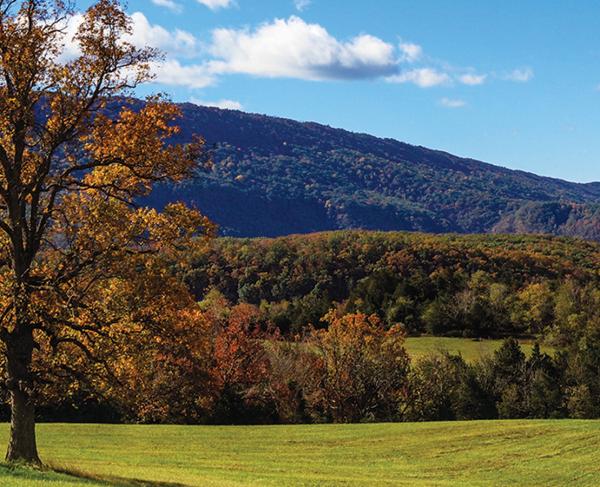