Save 99 Endangered Acres at Gaines’ Mill and Cold Harbor

Plus an Additional 51 Acres at Second Deep Bottom

A year ago, we announced a fundraising campaign to protect 108 acres of property where two significant Civil War battles were fought, and where men on both sides, Federal and Confederate, stood their ground, engaged in fierce firefights, and lost their lives. We called this project “Pickett’s Charge Five Times as Large.”  Thanks to your support we can now move to next phase of this landmark effort.

There are few opportunities to save the hallowed ground where two battles occurred. But given the support and generosity of fellow Trust members, were we able to raise sufficient funds for the one-acre tract where fighting occurred two years apart. Now we have the opportunity to secure 99 additional acres at what we call “The Intersection,” around the site of the original McGhee farmhouse that will allow us to unite these properties. This is an unprecedented opportunity to preserve contiguous battlefield property for prosperity.

Because of the size of the property that encompasses these two battles, the Trust has divided up the project into a multi-year campaign we are calling the Gaines’ Mill & Cold Harbor Saved Forever Campaign. Our efforts to secure the 99 acres at the property amount to Phase Two. We now need to raise $529,429 to match the $1,192,430 that has already been committed by generous benefactors.

While engaging in Phase Two, we were also alerted to the opportunity to secure 51 acres where Second Deep Bottom was fought southeast of Richmond. This purchase opportunity will help us unite already protected land  encompassing at this important battlefield site also known as Fussell’s Mill. The funds needed for Phase Two of the Saved Forever Campaign include the cost of the Second Deep Bottom site because the opportunity to get these properties at the same time is too enticing to miss.

The significance of the land where so many pertinent battles were fought north of Richmond cannot be understated. And the threat that we face — the loss of historic property where men fought and died — to encroaching suburban development, retail, and other projects is very real.

We are in a race against time and deep pockets to ensure that America’s hallowed ground is preserved for current and future generations to enjoy. Please make your most generous gift today to help us raise $529,429 and save 150 critical acres of land where two hard-fought battles provided temporary victories to Confederate forces.

Over the course of two years, two battles were fought on land near Richmond — the Battle of Gaines’ Mill, the third of the Seven Days Battles, and the Battle of Cold Harbor, part of a series of Overland Campaign battles fought as the Union Army made its way south toward the Confederate capital.

The Battle of Gaines’ Mill

At the Battle of Gaines’ Mill Union forces established an especially strong position, but not quite so strong as to achieve a victory there. The gentle slopes, open fields, and heavy woods, gave the Union a strong defensive position, where soldiers employed the full force of their infantry and artillery. The Confederates had a numerical advantage — 22,000 more men — and tested the limits of Federal skill and endurance.

Eventually, the Union lost its stronghold, and the woods were seized by the Confederates. As fighting continued, the McGhee House was captured by General Samuel Garland’s North Carolinians and used as a blockhouse where the Southerners sent the Northerners fleeing toward the river. The day ended as the bloodiest of the Seven Days Battles with more than 90,000 soldiers engaged and a combined casualty count of 15,000.

Two years later, in the spring of 1864, the Union Army of the Potomac was fighting its way south toward Richmond in a series of battles known as the Overland Campaign. Despite heavy casualties (50,000 Union soldiers), the Federals were able to force Robert E. Lee’s army to relinquish much of northern and central Virginia. Cold Harbor erupted on May 31, 1864, with the Union army led by General Ulysses S. Grant. Only 10 miles from Richmond, fighting occurred on the same land as the Battle of Gaines’ Mill. Grant ordered repeated attacks against the Confederates, opening a large hole in their lines. Colonel Nelson A. Miles’ Union brigade pushed through the gap, and this time, the McGhee House, was secured by the Northerners. This advantage only lasted a short time, as a Confederate counterattack pushed Unions forces away in an intense firefight around the McGhee property.

This video shows the transformation of the land where the battle of Cold Harbor took place from history at great threat to hallowed ground saved.

The history surrounding the McGhee property and the intense fighting that ensued there and loss of life, make it one-of-a-kind in the history of the Civil War. One of very few battlefields where more than one major battle occurred, “The Intersection” here, where both sides established lines of battle and both sides suffered a breakthrough, is unique to the history of the War and well worth the effort to preserve it.

The Battle of Second Deep Bottom

The 51 acres at Second Deep Bottom in neighboring Henrico County, Virginia, formed a portion of the bloody field where, on August 16, 1864, Union assaults were initially successful, enabling the Federals to take possession of the important Darbytown Road. However, Confederate counterattacks drove the Federals out, where they returned to the south side of the James River to maintain their bridgehead at Deep Bottom.

Absolutely incomparable. No unpreserved battlefield property in North America resonates with higher historical value than this land. Its crucial location on the Gaines’ Mill battlefield might be matched by some other sites; so might its importance for Cold Harbor be matched. No single property anywhere, though, ranks as so powerfully significant for each of two distinct battles. In fact, I think it is safe to say that it rates higher than any of the tremendous preservation coups we have achieved to date. It stands alone.
Historian Robert K. Krick 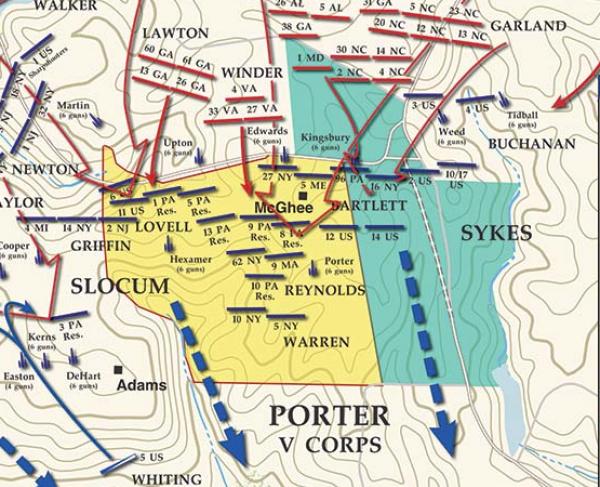 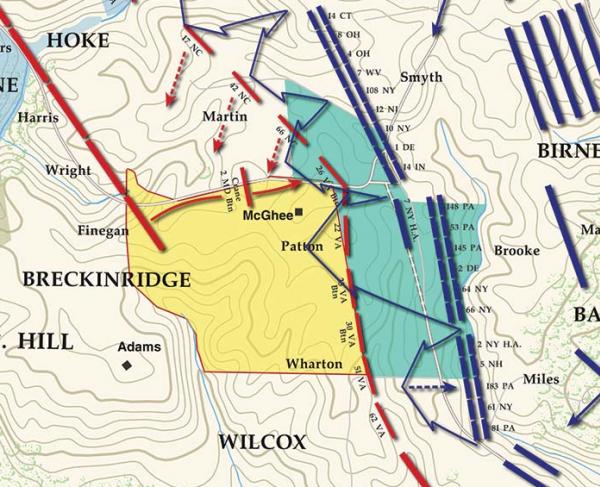 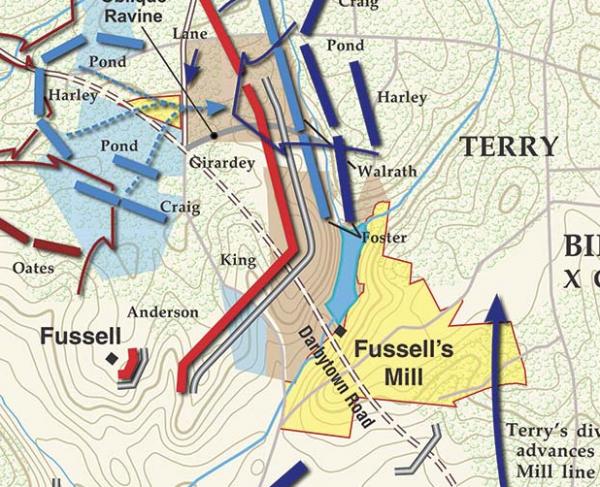