That’s the matching-fund opportunity I have the honor to write to you about today, and I can tell you that it is one of the largest the Civil War Trust, a division of the American Battlefield Trust, has ever put together.

For every $1.00 you can generously commit today, I can multiply it into $32.74 worth of hallowed ground, saving 317 acres at five battlefields including:

The value of these five transactions combined is a remarkable $4,460,280! If we had to pay the full amount to save this land, well, we simply could not do it. It would all be lost to future development.

But, because of the availability of federal and state matching-grant funds, a landowner donation, and some very large personal gifts from some very committed donors, you and I can save these 317 acres of hallowed ground for just . . . $136,222!

I’ll get into the history of each of these tracts in just a moment. For now, I ask you please to focus on that extraordinary $32.74-to-$1 match. Just how big is that number? Well, I’ve made comparisons like this before, but it is like you being able to buy a $327 airplane ticket… for $10!

It’s like buying a $1 million house for $30,543.68! I think that any of us, when presented with an opportunity like this, would jump at the chance to make our dollars go so much further.

And especially when those dollars are going to save our priceless American history, well, you get the picture… it does not get much better than this when it comes to saving hallowed ground here at the end of 2018.

Let me walk you through each of these important efforts, as each one has its own special circumstances that you should know about.

Many have called the Battle of Fort Blakeley in Alabama “the last stand of the Confederate States.” The battle, fought on April 9, 1865, after a week-long siege, concluded just a few hours after General Robert E. Lee surrendered the Army of Northern Virginia to General Ulysses S. Grant.

As you can see on your official Trust battle map, much of this battlefield has been preserved. But the most significant area of combat, where U.S. Colored Troops overran Confederate defenses manned by older men and teenagers, is still unprotected. Worse, this property, high on a scenic bluff with commanding views of the Delta, is under imminent threat of development.

One of our trustees, Vince Dooley (former college football national championship-winning coach of the Georgia Bulldogs) has personally visited the site and reports that the landscape remains remarkably intact.

Confederate trenches, gun emplacements, batteries, and other landmarks of that battle from 153 years ago are still prominent and intact, providing a vivid opportunity to interpret that historic fight. This is somewhat beyond the scope of our mission, but there is also extensive evidence of early American Indian settlement in this region and on this property, so by saving it today, we preserve even more history!

Jumping to Virginia, we have the chance to acquire a total of 201 acres at Rappahannock Station, where two battles actually were fought, the first on August 22 – 25, 1862, and a much larger fight on November 7, 1863.

Historian Clark “Bud” Hall tells us that from March 1862 to May 1864, the large tract on your map was “fought over, marched over, and camped upon almost continuously. Several military campaigns opened around this land, including the 2nd Manassas, Gettysburg, Bristoe Station, and Overland Campaigns. And upon the termination of every campaign that advanced north over the river, the retreating Army of Northern Virginia on each occasion returned, without fail, back to the Rappahannock and defended the south bank.”

He further notes that the “massive Battle of Rappahannock Station, November 7, 1863,” was fought directly upon the tract when the entire Army of the Potomac quickly advanced south in a daring attack directed against the entire Army of Northern Virginia, then defending the Rappahannock River Line. Southern artillery situated on high ground on the tract fired into the attackers, but the Federal charge carried the day. Retreating Confederates fell back to the south, leaving many dead and wounded lying upon the shell-torn ground, all over the land we are seeking to preserve today.

Hall confirms that – just as at Fort Blakeley – wartime trenches are still evident today near the river, and “there is not much doubt Civil War burials are also randomly scattered throughout the tract. Heavy casualties were experienced on this tract throughout the war, and it is naive to assume all the soldiers killed here were later disinterred and taken to local cemeteries for subsequent re-burial.”

Jumping half-way across the country again, we have a chance to save six important acres of the Wilson’s Creek battlefield, one of the most important battlefields in Missouri, fought on August 10, 1861, just a few weeks after First Bull Run.

Wilson’s Creek Museum Curator (and American Battlefield Trust Color Bearer!) Jeff Patrick tells us why this land is important. “At approximately 8:45 a.m. on August 10, 1861, following the defeat of Colonel Franz Sigel’s Union brigade at the southern end of the battlefield, Brigadier General Benjamin McCulloch sent word to Colonel Elkanah Greer to lead his men to turn the Union right flank on Bloody Hill.

“Greer’s battalion, consisting of about 400 men of the South-Kansas Texas Cavalry Regiment, moved along the north side of Skegg’s Branch. Along the way, Greer met Colonel DeRosey Carroll and his 350-man First Arkansas Cavalry and ordered Carroll to join his force. At Skegg’s Spring, the column turned north and headed toward the Union battle line, approximately 1,200 yards away. Although Greer’s attack failed to turn the Union flank, it constituted the only mounted cavalry charge of the battle.”

As you can see, the addition of this tract will get us one giant step closer to being able to declare this battlefield “fully saved”!

Finally, let us return to the Tar Heel state, where we have the chance, once again, to add important acres to the extensive land we have saved at both the battlefields of Averasboro and Bentonville.

Chronologically, Averasboro was fought first, on March 16, 1865, and we are looking to save two contiguous tracts totaling 49 acres at the northern end of the battlefield near a significant landmark known as “The Ravine.” It was here that Confederate General Joe Wheeler and his dismounted cavalry soldiers inflicted a significant number of Union casualties.

Union soldiers went into the Ravine with the intent of coming in behind the Confederate third line of battle. However, they become trapped in the deep ravine and were easy targets for General Wheeler and his men. Confederate General William Hardee had managed to delay the advancing Union Army under General William T. Sherman, but he could not stop them, setting the stage for . . .

. . . the Battle of Bentonville. Much like Gettysburg, this fight – which ranged over thousands of acres – was contested over three bloody days. To date, with your help and generosity, the Trust has managed to save 1,861 acres. This is a small two-acre addition, but every piece of the puzzle we manage to fill in gets us one step closer to saving this crucial part of our history forever!

As important as that matching-grant amount is, your generosity in supporting this mission of preservation, education, and restoration is so much more than just getting a big bang for our buck. Imagine a day when people yearn to know all they can about the history of this country, the greatest that has ever existed.

Imagine a day when parents understand that it is just as important to take their children to a battlefield as it is to take them to Disney World.

Imagine a day when people use the full, amazing, warts-and-all story of this country, its lessons, and its heroes to bring us together once again, instead of twisting it to fit a modern agenda to drive us apart.

This higher calling is really what you are doing with every dollar you give in support of this mission, and every acre of hallowed ground that you save . . . you are creating a better nation, a better future, and ultimately a better world for yourself and those you care about.

It’s not easy and it’s not inexpensive, but if there is any more important work we can do for the country that means so much to us, I don’t know what it is. Please help me today with the most generous gift you can muster to help raise the final $136,222 we need save these 317 acres – and help advance this important mission even more – before the end of this year.

I thank you for your dedication to our great cause and look forward to saving even more of America’s priceless hallowed ground with you.

Yours in preserving America’s history and heritage,

P.S. I urge you to visit our appeal page on our website at www.battlefields.org/5in2018. There you will find more modern and historic photos and maps of the properties than I could ever put into an envelope. You can also, if so motivated, make your donation securely online with a credit card (perhaps earning travel miles or other bonus points, depending on your card). I look forward to hearing from you as soon as possible. Thank you once again for all you do.

P.P.S. I’m sure you have noticed that I have also included for you a sheet of our new American Battlefield Trust address labels. I hear from members all throughout the year when their stock starts to run low, so I am happy to send these to replenish your stock. Please use them on all of your correspondence to help spread the word about battlefield preservation. Thank you very much. 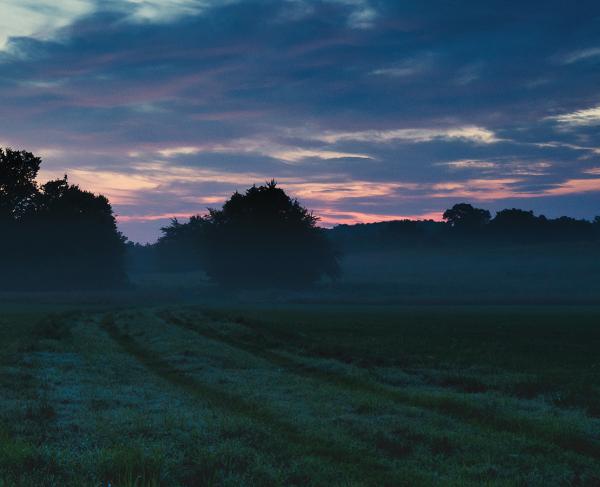