Preserve 108 Acres of the Most Important Unprotected Battlefield Land!

“If pressed to select the single most desirable tract on any battlefield, I would, without hesitation, select the ground essential to protecting both Gaines’ Mill and Cold Harbor.”

This is a historic battlefield preservation opportunity twenty years in the making!

We are beginning the process of preserving the most-important unprotected hallowed ground in America. This land has been at the very top of every historian and preservationist's "must-have" list for more than two decades.

However, there are confidentiality limitations we must operate under in order to fulfill our end of a once-in-a-lifetime 5-year deal. We have decided to break the larger preservation project into several more manageable parts.The first part of this major campaign is what we're focusing on today.

Your gift today will help save 108 acres of hallowed ground at Gaines' Mill and Cold Harbor or what the Trust is calling "Pickett's Charge, Five Times as Large" and you'll forever be a crucial part in preserving the most-important unprotected hallowed ground in America!

Bonus! With every gift of $50 or more, you will receive a special new token of appreciation from the Trust: An American Battlefield Trust Gaines' Mill-Cold Harbor Challenge Coin.

This preservation effort will be very different from any other we have ever undertaken. The main reasons for that difference are the terms of the transaction, in which we have agreed to an unprecedented level of confidentiality as requested by the landowner.

This effort will be among the most expensive this organization has ever faced. The Trust has been granted five full years to raise the necessary funds and must make timely payments each year, or risk defaulting on the agreement.

Given the confidentiality limitations we must operate under for this once in a lifetime deal, we have decided to break this larger project the Trust is calling the "Gaines' Mill-Cold Harbor Saved Forever Campaign" into several more manageable parts.

As you look at the battle map series showing the first part of this effort, we have the opportunity to bundle the first 96-acre parcel of land with two nearby parcels totaling 108 acres on the same battlefield!

However, due to where these properties are located, none are eligible for any federal matching funds; we have to cover these multi-year, and multi-million dollar efforts all on our own. The good news is that several major supporters have already stepped forward to help us with our first payments.

The total transaction value of the 108 acres is $1,411,000.However, several major benefactors have stepped forward with significant personal gifts, and along with a major grant from the Lee-Jackson Educational Foundation, we have$900,000 of that amount already covered!That leaves us with a still-formidable $511,000 to raise.

The historians tell us that this land is worth nearly any price we might have to pay, but we don't have unlimited funds and need your support to save this hallowed ground today! Turn every $1.00 you give into $2.76 to help preserve 108 acres at Gaines' Mill and Cold Harbor!

Only a very few major Civil War battles were fought on or near the same ground twice, but there is only one place in America where nearly one square mile of a "double battlefield" can still be preserved.

A nearly one-square mile farm outside of Richmond, Virginia was the site of two major Civil War battles, Gaines' Mill in 1862, and Cold Harbor in 1864.

As you likely know, on June 27, 1862, General Robert E. Lee's Confederates grappled mostly with Union General Fitz-John Porter's Fifth Corps in the Battle of Gaines' Mill – the third of the Seven Days Battles. You may not know that Lee's final and successful assault that day is the largest attack ever made on American soil!

Fast forward nearly two years to the Battle of Cold Harbor when Union General U.S. Grant tried to defeat Lee's Confederates on much of this same ground. Grant also launched one of the larger attacks of the Civil War on June 3, which was bloodily repulsed and spurred regret from Grant.

The two assaults at these two battles totaled some 70,000 attacking soldiers from two armies over two years – on the same ground!

To put it further in perspective, you could call this tract in particular "Pickett's Charge, Five Times as Large!" The casualty count from these two battles is nearly 33,000 killed, wounded, and missing!

"Absolutely incomparable. No unpreserved battlefield property in North America resonates with higher historical value than this land. It's crucial location on the Gaines' Mill battlefield might be matched by some other sites; so might its importance for Cold Harbor be matched. No single property anywhere, though, ranks as so powerfully significant for each of two distinct battles. In fact, I think it is safe to say that it rates higher than any of the tremendous preservation coups we have achieved to date. It stands alone."

Historian Gary Gallagher, a founder of our modern battlefield preservation movement, has taken tour groups to this property for decades and has always described it as his "top priority in the country" for preservation. In fact, he says:

"If pressed to select the single most desirable tract on any battlefield, I would, without hesitation, select the ground essential to protecting both Gaines' Mill and Cold Harbor. Nowhere else does a single piece of land offer so much relating to a pair of major battles, one, the bloodiest action of the strategically seismic Seven Days, and the other a critical episode in the blood-soaked Overland Campaign."

Historian Ed Bearss, who sadly passed away a few months ago at age 97, said this about the land in 2005:

"Even if you have to sell every other piece of battlefield land the Trust has ever saved in order to preserve this land, you should do it. It's that important!"

Think about that for a moment. Three incomparably knowledgeable, professional historians of our country's history are telling us, in no uncertain terms, that this land may be more important than any the Trust's hundreds of other successes.

If you will help preserve this land today with your most generous contribution possible, the generations to come will be able to walk this ground at Cold Harbor and Gaines’ Mill, and learn about the courage, valor, and gallantry of American soldiers.

You can make that happen, and with the gifts already received, your gift will multiply every $1 you send today into $2.76 for this push, "The Gaines' Mill-Cold Harbor Saved Forever Campaign!"

It has taken more than 20 years of determination, cultivation, and negotiation, but today, it is my honor and pleasure to inform you that, with your help, we have the opportunity to save this twice-hallowed battleground.
David N. Duncan, American Battlefield Trust President
Read David's Letter

Save Gaines’ Mill and Cold Harbor 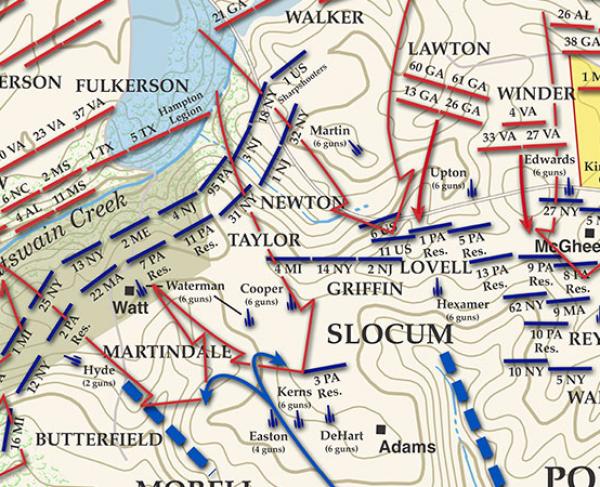 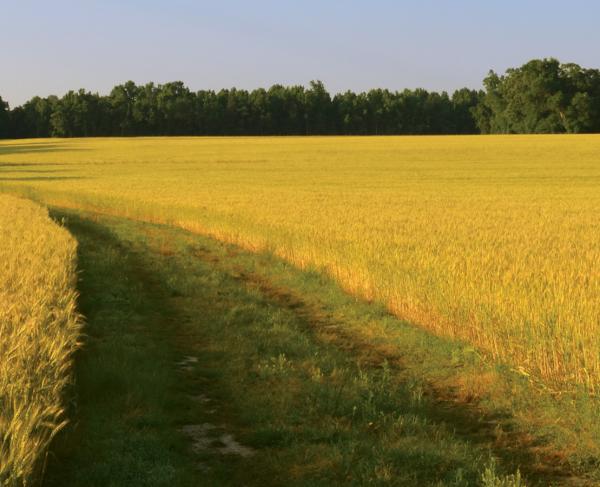 As the American Battlefield Trust pursues the Gaines’ Mill – Cold Harbor Saved Forever Campaign, explore the long road that has taken us to the verge... 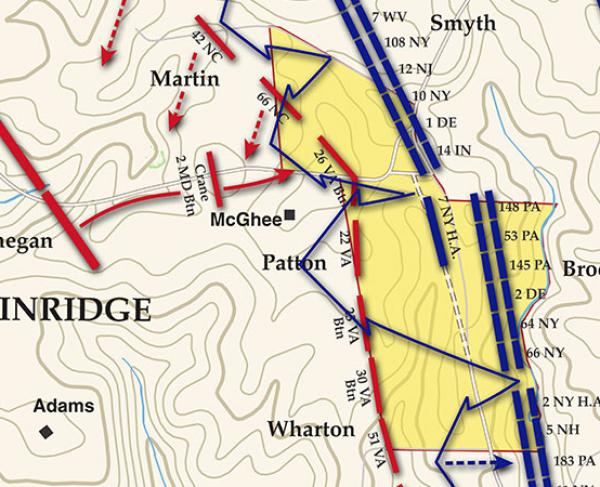