The land we are working diligently to save at Manassas is one of the American Battlefield Trust’s 20 must-see battlefields.

In 1921, 100 years back, a park was established at the Henry Farm to preserve the land where both Battles of Manassas (commonly known as the Battles of Bull Run) were fought. It was the only preserved battlefield land at Manassas until the federal government secured more land in May 1940 and established the Manassas National Battlefield Park.

Since that time, and especially in the past 35 years, northern Virginia has experienced tremendous growth and development, leaving the Battlefield in a precarious position of being surrounded by data and distribution centers, massive solar farms, and new developments of “McMansions.”

While we can take pride in securing more than 370 acres of hallowed ground at the Manassas Battlefield, a small parcel of land in the northern part of the Park is especially threatened—the site near the Sudley Church where the Union Army set up a field hospital and where, later, the 21st Georgia regiment used the Church as a hospital for sick soldiers. Many of these Georgians who died of disease may well be buried near the church, making this not only hallowed ground but sacred ground as well.

To purchase of the 3.5-acre plot near the Church and save it from the threat of development, we need to raise $75,000 quickly. We have already secured funding from other sources, which makes every dollar you invest in this plot of land worth $5.13. With this purchase, we will have protected a total of 377 acres of sacred history that was written in blood on these grounds.

Please make your most generous gift today to help us raise $75,000 and save 3.5 critical acres of land near the Sudley Church at the Manassas National Battlefield Park. Once secured, it will be added to the Park and protected for generations to come.

The Battle of Bull Run or First Manassas was fought 160 years ago this year. Union troops marched over the Virginia plain to engage an unknown Confederate General named Thomas Jackson, who earned his famous nickname during the fighting that ensued. It was during these battles that the Sudley Church was used as a hospital for the sick and injured by both sides of the conflict.

A year later, in 1862, the Second Battle of Manassas occurred on the same property with intense fighting between the Union Army and General Thomas J. “Stonewall” Jackson. Jackson secured a nearly two-mile long line of defense along the railroad, and his left flank, led by General Maxcy Gregg of South Carolina, positioned themselves on a rocky knoll near Sudley Church.

Union General Philip Kearny’s full division launched a heavy attack against the Confederate forces stationed along the railroad and managed to push them back. Kearny’s division positioned themselves on the 3.5 acres we wish to preserve and held steady. Meanwhile, ammunition was running low along parts of Jackson’s division, reducing them to throwing rocks at the advancing Federals. With growing darkness and the arrival of Confederate reinforcements, Jackson’s line was held and saved from destruction. Kearney’s troops withdrew the hard-earned ground and the 3.5-acre parcel remained in Jackson’s control, leading eventually to Lee’s first invasion of the North.

If we can safeguard this must-have parcel, we are continuing work dating back fully 100 years ago when land on the Henry Farm was set aside as hallowed ground. When this 3.5-acre parcel is in our hands, we will transfer ownership to the National Park Service where it will be added to the Manassas National Battlefield Park with land where Union and Confederate forces established field hospitals and stood their ground during the Battles of Manassas. The land is an important part of our history and deserves our respect for those who may lay there still.

By saving such key battlefield lands forever, you and I are making it possible for people to know the full, amazing history of our country. This work is so very important because only by understanding where you came from can you know how you got here and how to build an even better future for those who will follow after us: our children and grandchildren. You are creating a better nation ... a better future ... and, ultimately, a better world for those you care deeply about.
David N. Duncan, American Battlefield Trust President
Read the letter 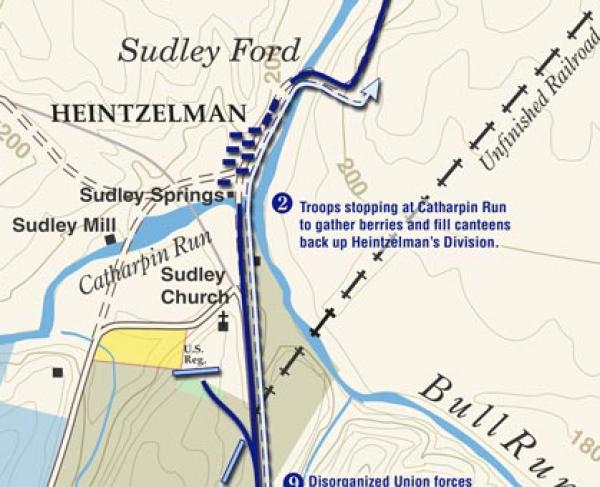 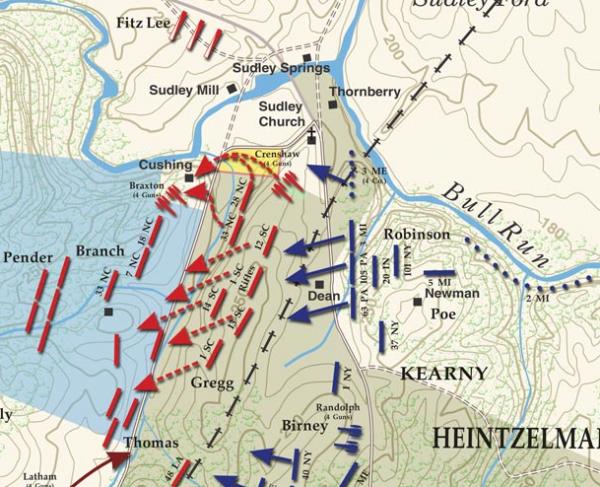 Manassas, Virginia | The two battles of Manassas are commemorated at this historic site.