The Latest News on Phase Three

Can we count on you to help us see this campaign through to victory?

Since then, we’ve successfully protected the tract we called “Pickett’s Charge Five Times as Large” and the tract we aptly named “The Intersection” because of its intersecting location for the two epic battles — Gaines’ Mill and Cold Harbor. These saved acres represent Phases One and Two of our multi-phase campaign.

Now, we must now begin working on Phase Three to save 45 acres that we’re calling “The Juncture at Griffin’s Woods” along with 12 additional acres associated with the battles of Glendale, First Deep Bottom, and Malvern Hill.

This is a once-in-a-lifetime opportunity to preserve two tracts of land totaling 57 acres where FIVE different battles took place throughout history. This land has been at the very top of every historian’s and preservationist’s “must-have” list for more than two decades.

The total transaction value of the combined 57 acres we can save at these five battlefields is $677,299. Fortunately, we already have the expectation of potential gift grants for up to $170,000, which means we still need to raise $507,299. With your help, we’ll purchase both parcels, and keep them out of the hands of developers forever!

45 Acres — The Juncture at Griffen’s Woods

This key tract of sacred ground serves as that critical juncture — the all-important connection — between battlefield lands we’ve already saved to the east, west, and north, filling in a gap and completing an uninterrupted and fully protected section of this battlefield.

Griffin’s Woods, so-named for Union General Charles Griffin, is who defended this part of the battlefield during the Battle of Gaines’ Mill.

It is completely unchanged from its wartime appearance. The trees — among which a dozen brigades ferociously fought — are descendants of the forest that so troubled and confused the combatants on June 27, 1862.

Both branches of Boatswain’s Creek still meander through the woods as important landmarks. The trace of the unnamed farm road that ran eastward from the Watt House also survives.

On June 27, 1862, General Robert E. Lee’s Confederates grappled mostly with Union General Fitz John Porter’s Fifth Corps in the Battle of Gaines’ Mill — the third and bloodiest of the Seven Days Battles. Lee’s final and successful assault that day remains the largest attack ever made on American soil.

Both these historic battles occurred on this doubly hallowed ground. Of the 55,000 acres you have helped to save all across America, these may be the most important.

The tract fronts on two historic roads, the Long Bridge Road and the Carter’s Mill Road, although the current route of the latter road is considerably farther east than it was during the Civil War. In fact, the western boundary of this parcel roughly approximates the course of the wartime Carter’s Mill Road.

The next day at Malvern Hill, Confederates pivoted to pursue and attack the Federals who had taken a strong defensive position. As much as half of Lee’s army marched over or on the roads immediately bordering this property, as they girded for their doomed advance.

Then, about two years later, at First Deep Bottom, a dismounted line of Federal cavalry established a line in the Long Bridge Road, the northern border of the tract. The troopers, belonging to General David M. Gregg’s division, were attacked by several brigades of Confederate infantry. With the bulk of the fighting swirling just north of the road, the temporarily defeated Union soldiers rallied and regrouped on the land we are working to save.

Unfortunately, the current zoning for this hallowed ground allows for the construction of a large single-family home. Imagine for a moment how a huge McMansion would mar the property’s rolling, open viewshed and disturb the sacred history of three separate battles.

This 12-acre parcel will, for another “first,” physically connect the Glendale and First Deep Bottom battlefields with nearby Malvern Hill, creating an extended “walk through history.”

If you will help preserve today 57 acres of hugely important battlefield ground with your generous contribution, the generations coming up behind you and me will be able to walk “The Juncture at Griffin’s Woods” at Cold Harbor and Gaines’ Mill — plus lands at Glendale, First Deep Bottom, and Malvern Hill. Please make a gift today.

“After 22 years of working to save America’s hallowed ground, for the first time ever we have an opportunity to save two tracts of critically important battlefield land associated with five different Civil War battles.”
David N. Duncan, President
Read David's Letter 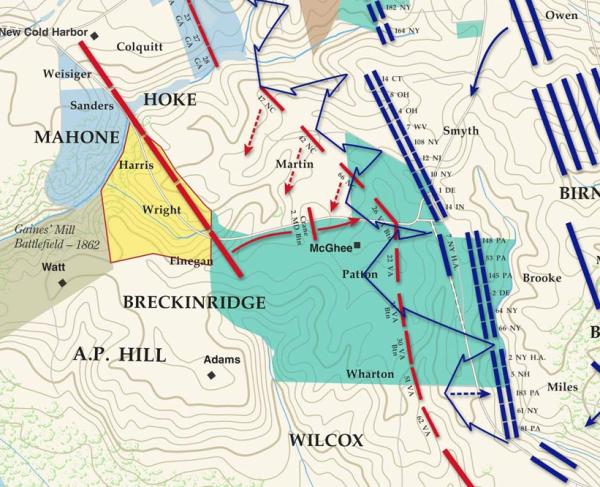 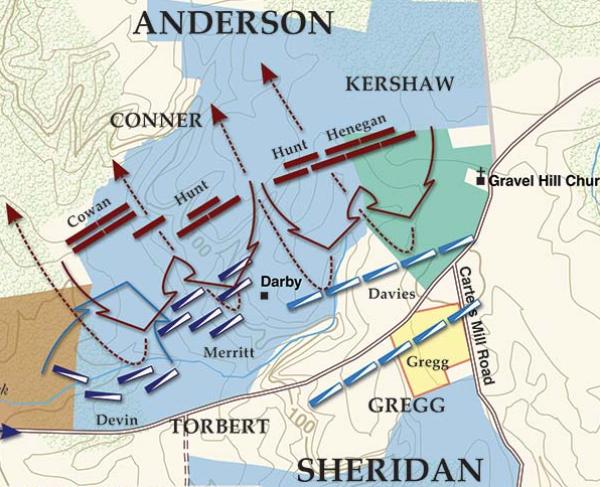 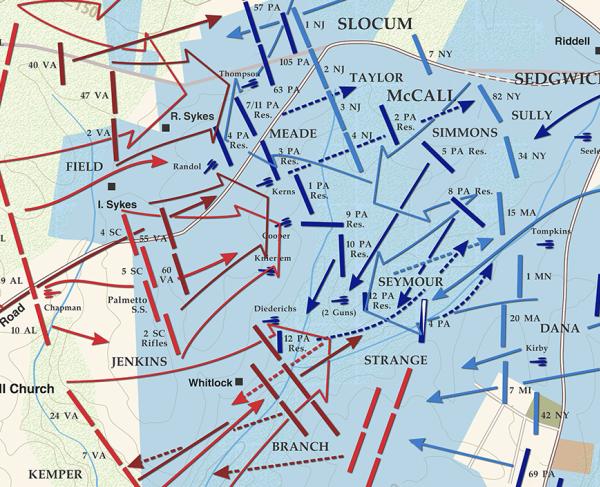 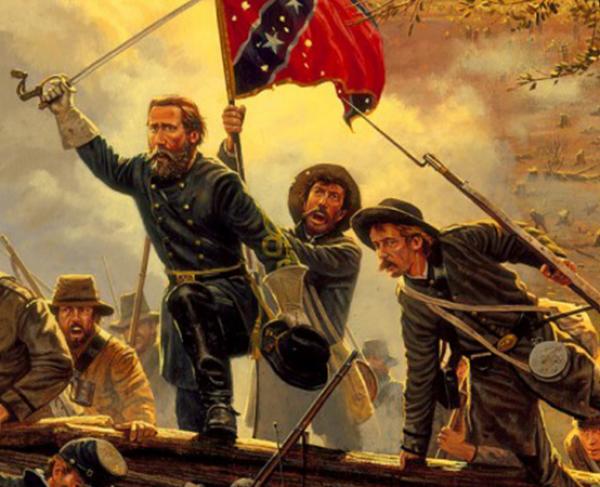