We have three opportunities to save hallowed ground in the New Year — the first is a 94-acre tract at Mill Springs, Kentucky, the second is a 9-acre tract at Petersburg, Virginia, and the last (including two parcels totaling 7 acres) is at Bentonville, North Carolina. Combined, that’s 110 acres!

Join us as we charge forward together to save these vital properties along with all of our nation’s history and heritage for future generations while multiplying the power of your generosity by a factor of $3.26-to-$1.

At first glance, you may ask yourself what these three sites could have in common . . . you’ll likely recognize that they took place in different theaters, in different seasons, in different years of the war, and with entirely different armies and different sets of commanding officers.

There’s much to tell about each of these sites, so let’s begin with the Battle of Mill Springs...

The Battle of Mill Springs is where a Federal victory set the stage for the fight to keep the Bluegrass state. From the very outset of the war, Lincoln and his generals understood the importance of keeping this critical border state in Union hands — Lincoln famously remarked that “I hope I have God on my side, but I must have Kentucky.”

In the early morning mist and rain, Zolliciffer moved toward the body of Union troops, but was killed as he scouted ahead of his men, leaving his own troops in a state of confusion. Fierce hand-to-hand combat commenced across the property, as Kentuckians and Minnesotans held off the determined charge of Mississippians and Tennesseans.

Federal forces eventually stopped the Confederate advance, turning the tide of the battle. This marked the first significant Union victory of the war, reinvigorated Northern morale and paved the way for the effort to keep Kentucky firmly in Union control.

This land is regarded by historians as some of the last core battlefield land that could be saved at Mill Springs.

The fighting that happened on and around this tract marked the beginning of the Richmond-Petersburg Campaign, and the opening of the longest siege of the war.

This hallowed ground saw action throughout the day on June 17, 1864. Union General Robert B. Potter’s second division made a dawn assault in which the 32nd Maine Infantry soldier, Henry C. Houston and his comrades passed over this very land as they launched an attack that left the Confederates “surprised and bewildered at such an unexpected assault.”

A Confederate counterattack succeeded in breaking the defensive line formed by Federals under General James H. Ledlie, and his men who regrouped on this parcel of land. The tract saw even more action again later that afternoon, as Union General Orlando B. Wilcox’s 1st Division also launched an attack that swept over this parcel.

Notably, several units that fought in this area — the 1st Michigan Sharpshooters and the 37th and 38th Wisconsin — included full companies of Native American troops within their ranks. The preservation of this property will further bring to light the little-known role of American Indian tribes in the War.

Development around the city of Petersburg continues to expand, swallowing up land with new residential and commercial growth, so we must move quickly. But thanks to the dedication of supporters like you, the Trust has saved more than 4,000 acres at battlefields associated with the campaign for Petersburg, more than at any other battlefield!

Jumping ahead in time to March 19, 1865, at Bentonville, North Carolina, we have the chance to save two parcels that saw action during the first day of that three-day battle.

Bentonville was the largest battle in the state and the land we can save today was integral to the opening of that battle, which marked the beginning of the final stand for Confederate General Joseph E. Johnston’s Army.

After his famous “March to the Sea,” Union General William Tecumseh Sherman led his army northward, encountering resistance along the way from Johnston’s troops south of Bentonville.

The battle marked the beginning of the end of so many standoffs between Sherman and the Army of Tennessee, as Federal forces closed in around the Confederate Army. Johnston surrendered just a month later, and this land — where soldiers in both blue and gray fought, bled, and died — is crucial to understanding the full story of this highly significant battlefield.

To date, the Trust has preserved more than 1,860 acres of the Bentonville Battlefield, thanks to the dedication of members like you. Both parcels we have the opportunity to save today will add crucial pieces to completing this puzzle (including the preservation of the place where Union cannons helped to halt the Army of Tennessee’s final, grand charge). Both will allow us to nearly finish the preservation of the First Day’s Battle. Even more, the preservation of these two tracts will protect this land forever from further development, opening the way for additional trails and interpretation.

Please make your most generous gift today to help raise the $432,000 we need to save these 110 vital acres at Mills Spring, Petersburg and Bentonville!

We have the opportunity to save a 94-acre tract at Mill Springs, Kentucky, a 9-acre tract at Petersburg, Virginia, and two parcels totaling 7 acres at Bentonville, North Carolina.

Thanks to a combination of federal and state grants, as well as substantial private donations, we can save these priceless battlefield lands at a $3.26-to-$1 match, more than tripling the power of your donation dollar!

The good news is that we have already secured or applied for the grant funding to cover more than a million dollars of the total needed to complete these projects, but we must still raise the final $432,000 necessary to see all four of these important tracts saved forever.

The need to preserve these tracts is urgent and we can’t do this without your support! We have the opportunity to change the fate of this land and protect it for future generations.

Now is the time for a fresh start, to set goals and make plans for a successful and fulfilling year ahead. For each of us at the Trust, this means rededicating ourselves to our core mission — saving our nation’s hallowed ground and educating the public about why it is still so important today.
David N. Duncan, American Battlefield Trust President
Read David's Letter 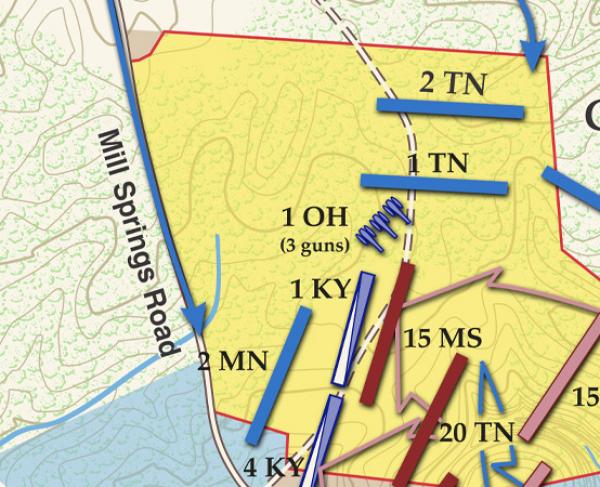 BATTLE MAP | American Battlefield Trust's map of the opening assaults of the Battle of Petersburg, Virginia on June 16, 1864. 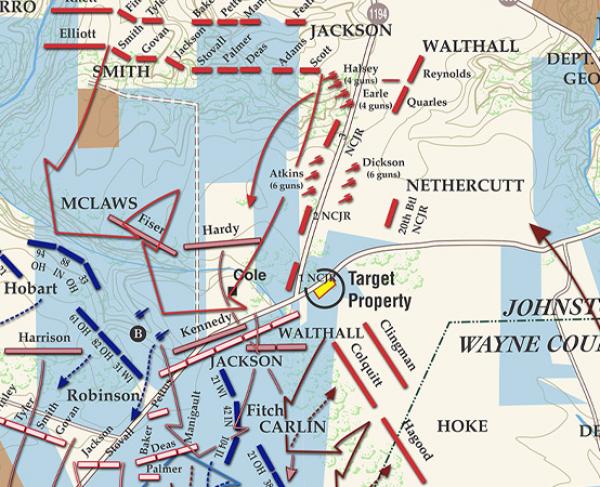